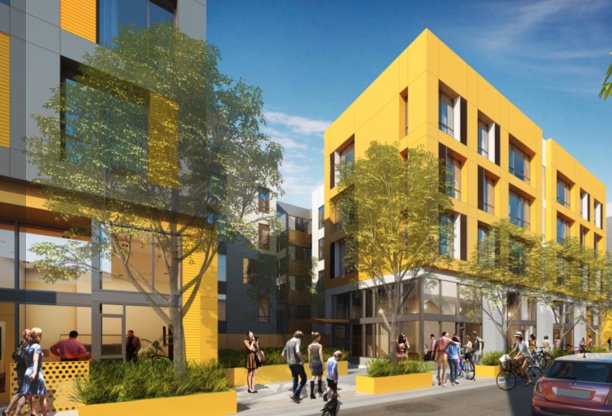 185-Unit Housing Project Up For Approval in SoMa

If approved by the SF Planning Commission in October, SoMa will be blessed by another residential building with 185 units of housing. The new four-story building will be located at 975 Bryant Street, with the existing industrial building at that address being torn down.

Developer Trammel Crow Residential intends to break ground by summer 2018, and for the building to be bringing in occupants in 2020.

However, Trammel Crow is in a stew of controversy in its proposed demolition of another industrial building in South of Market to put up an 8-story retail, housing and industrial space project—that destruction displacing artist studios from the building. This has contributed to a noted and lamented exodus of artists from the city, which is losing its luster as an artists’ metropolis. One artist called it a “dying breed” of creative space in the neighborhood—a process going on since 2003.

The new 4-story project at 975 Bryant was chosen for its nearness to Trader Joes and other upscale retailers, and working offices, such as the Airbnb headquarters on the same block, and undergoing its own expansion.