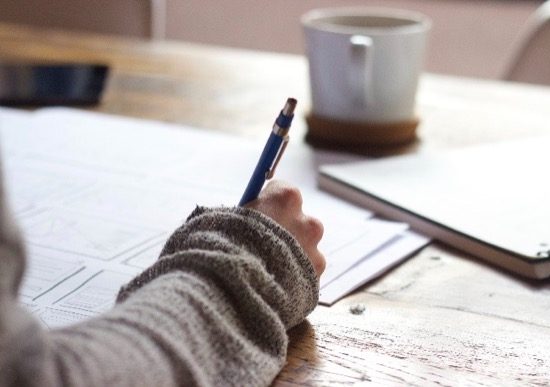 How to Write a Real Estate Ad

The following six tips come from copy writers who have helped me in the past– (shout out to Cynthia Long), a sales trainer and speaker named Matthew Ferrara, and a writing class or two I’ve taken over the years. While I don’t get it perfect every time, I like to think my own copy reflects these ideas.

1. Show don’t tell. I don’t need a recitation of the bedroom/bath count, square footage, and whether there’s a washer/dryer. All that information is already covered in the MLS or your bullet points. What I’d rather learn is what it’s like to live there.  Do I get to drive into the garage and go straight to the elevator? Will I hear fog horns at night? What’s outside my kitchen or bedroom window?

2. A picture says a thousand words. We all know buyers look at the pictures before they read the description, so you don’t need to waste your valuable word count describing the subway tile, hardwood floors or stainless steel appliances.

3. Turn a negative into a positive. Easy street parking in lieu of a garage means your guests won’t have to drive around in circles when they visit. A trek uphill after dinner on 24th Street can turn into an opportunity to walk off a meal.

4. Get Specific. Saying there’s a flowering garden is good, but telling me the flower types is better (and a nice poetic turn if you have things like Birds of Paradise and Cats Paw). I also like throwing in sexy architectural details that might be missed or overlooked in the photos, like “stacked moldings” or “shouldered arches.”

5. The internet is your friend. When I get stuck on how to describe something important but basic, I turn to an online thesaurus. “Good natural light,” for instance can be recrafted to use words like “sunbeam” “sunlit” and “shimmering.”   I also get inspired by online lists of emotionally positive words like “bliss”, “vibrant” and “balanced.” BrainyQuote.com can also kickstart the process. For example, Da Vinci’s “Simplicity is the ultimate sophistication” can perfectly describe tiny homes.

6. Ask your seller. No one can wax more beautifully about a property than its owner. A few open-ended questions can deliver great details, like the smell of fresh bread from the bakery down the block, the mockingbird in the back yard or the neighbors who can cat-sit in a pinch. The conversation will also show the Seller you care and value their input. 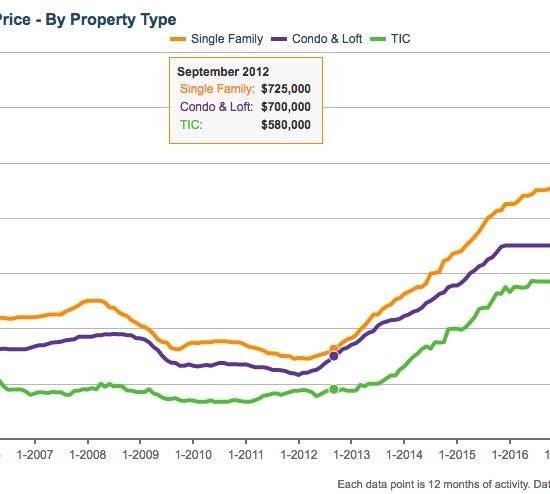 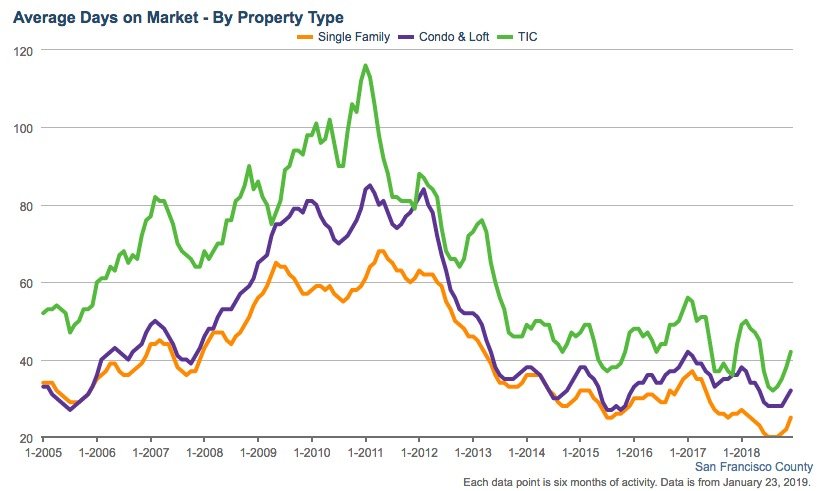 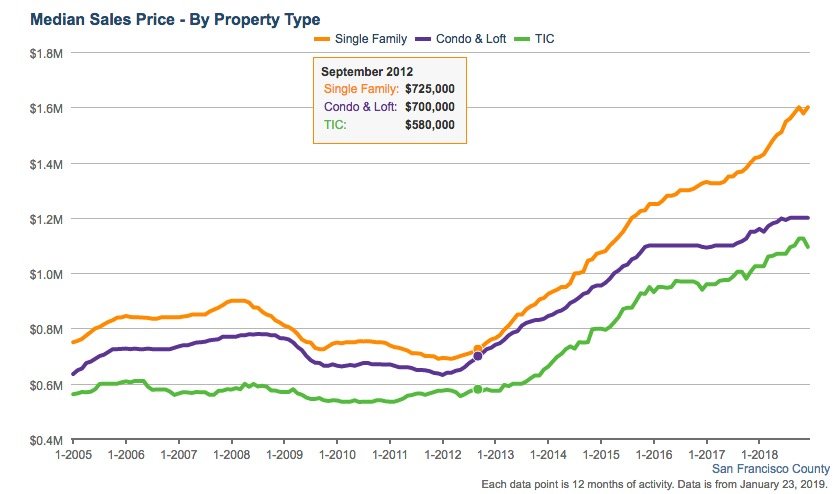 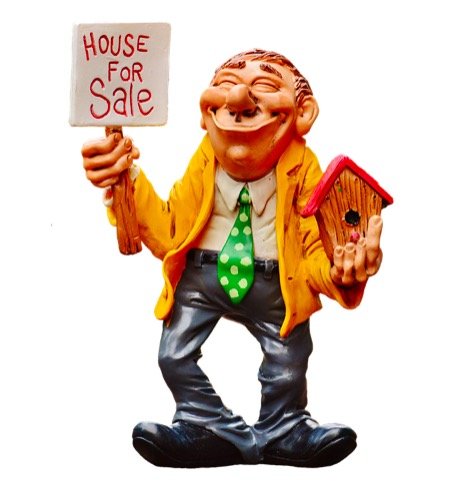 ‘Don’t Cut the Agent Out’

Years ago, when I was taking some time off from actively selling real estate and focusing on family matters and on my real estate investments, a guy rang my doorbell and said he was looking to buy some units in the area.  Did I know of any for sale?  I said I didn’t and pointed to the real estate company down the street.  “You should check there,” I said.   He shifted his weight a bit and looked at me from under lowered eyes.

“Well,” he said, “I’d just as soon leave the agents out of it.  I’m looking for a good deal, if you know what I mean– something that isn’t on the market.”

I knew the feeling the guy had.  There are some bad apples in the agent bunch.  It doesn’t seem fair that they get these big, fat commissions at the end of the sale, especially when it seems like they’ve put hardly any work into it.

What buyers and sellers forget, though, is how much goes on behind the scenes.  Good agents work hard for their commissions and have a far higher level of expertise at finding the best properties, negotiating an offer, and shepherding a buyer or seller through escrow.

Of course, I’m a little biased.  And I have a skill set that allows me to take advantage of those commissions when acting on my own behalf. Even so, I’ve used an agent for any buy/sell outside of my area of expertise, be it geography or property type.

No one knows the inventory like full-time real estate agents.  The agents I use live and breathe their specialty–when they find a good deal, they let me know right away.  This includes “pocket listings” — properties that may not be on the open market, but are still for sale.

Agents from the areas I’ve bought in call me about these listings because they know I’m loyal.  I’m not out shopping agents in their territory and looking for the best deal– if I were doing that, they would never call me about anything, because they’d figure that I was already going to find out about it from someone else.   The effort of the phone call would be a waste of time-time better spent with buyers that they know will work through them when they’re ready to make a move.

But back to the guy standing on my stoop, asking for the best deal-

“Actually,” I said, “the building across the street just sold. But it went because the owner let their agent know they were prepared to sell at a certain price.” “Anyways, that agent told his associates, and another agent in his office had a buyer for the property. It closed last month.”

I didn’t tell him that this owner worked that way because they wanted to deal with someone they trusted– not a guy ringing their doorbell. 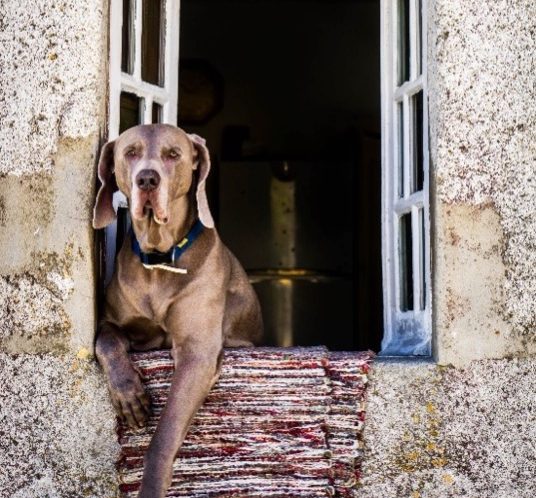 In The Doggy House

There’s something about a property that doesn’t sell within the first month it hits the market. Usually it’s due to overpricing. Perceived as a poor value, it develops an ugly stigma among buyers. Even the agents often forget about it as their heads get turned by new properties that hit the market. Later, after the price is reduced (and sometimes reduced again), buyers continue to pass it up. “It looks like a good deal,” they think, “but I must be missing something, since it hasn’t had an offer. I better pass on this one-I don’t want to be the sucker that buys it, only find out later why nobody else wanted it.”

When I was looking for a property to buy a many years ago, there was home with two units that had been sitting on the market for some time, with a seedy look about it. The tenants also had a large dog. I cajoled my agent into arranging a showing. My hope was that it was one of those properties that everyone else had overlooked. 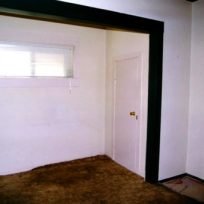 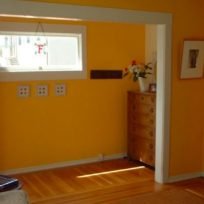 When we stepped inside, the first thing that struck me was the faint odor of canine that ran throughout the house, along with an ugly, textured brown carpet that was great for tenants but not for an owner who planned to live there long-term. The layout was also awkward-the living room was tiny, the dining room was huge, and the kitchen had just one window with all of its counter space pushed to one side. Every window except the ones in front were cheap aluminum sliders that would have to be replaced. Finally, like any vintage Victorian, it had miserable closet space that was so bad a portion of the entry had been cut off with a door so an extra closet could be added.

The upside was that while the home had been redone in the twenties, it still had high ceilings and some nice trim. My agent also told me that there were hardwood floors beneath the carpet. It also had a huge master bedroom and the second bedroom was almost twice as big as the one my daughter had in our old home.

A funny agent I knew in San Francisco used to equate certain fixer-uppers with aging movie starlets. “Good bones. Needs a lift,” he’d say. The property I was seeing now was one of those. I could live with the small living room. I thought I saw potential and made an offer. They countered. I countered back. I got the property.

Like any renovation project, this one took twice as long as planned and cost nearly twice as much to do. The contractor I hired was a good, honest man who quoted a fair price but there were inexplicable delays that drove me nuts (he later told me that he ran into some problems with his employee, who went on a work slow down for higher wages.) 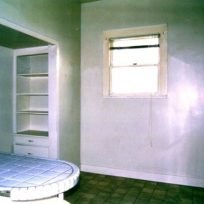 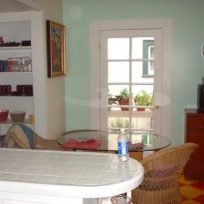 You can go a long way towards adding value to a home through a few judicious improvements. The biggest changes I made were relatively small ones. I pulled out the closet in the entry, but compensated for the lost storage space by stretching a new wall across one end of the master bedroom, to create nearly thirteen feet of linear closet space-more than I’d had in 20 years. I also cut a windowed door in an exterior wall of a kitchen so we could see outside into the side yard.

The other improvements that needed to be done were the cosmetic ones that offered the most bang for the buck– like new windows, new interior paint, and replacing an ugly wall heater in the living room with a decorative gas stove heater in the fireplace. Towards the very end, the carpet was pulled up. It was a gratifying moment when I walked into the house and saw the gleaming hardwood floors running from the entry into the living room and dining room. That day all the pain and effort seemed worth it.

Now my agent flatters me by telling me I was the only one with “the vision” to see the potential in the property. Other agents have let me know that they have buyers who would jump at the chance to buy the place.  I guess I’m just a sucker for a good deal. 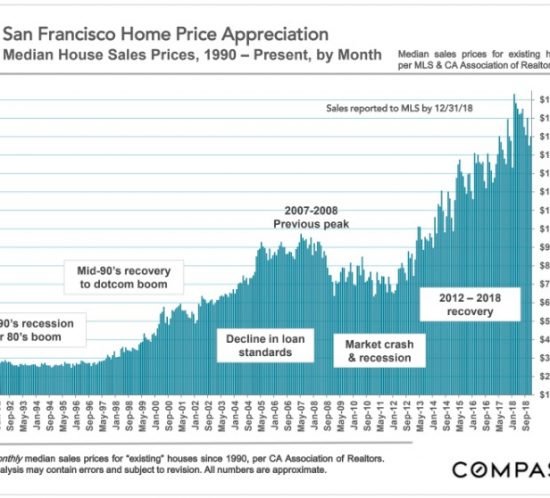 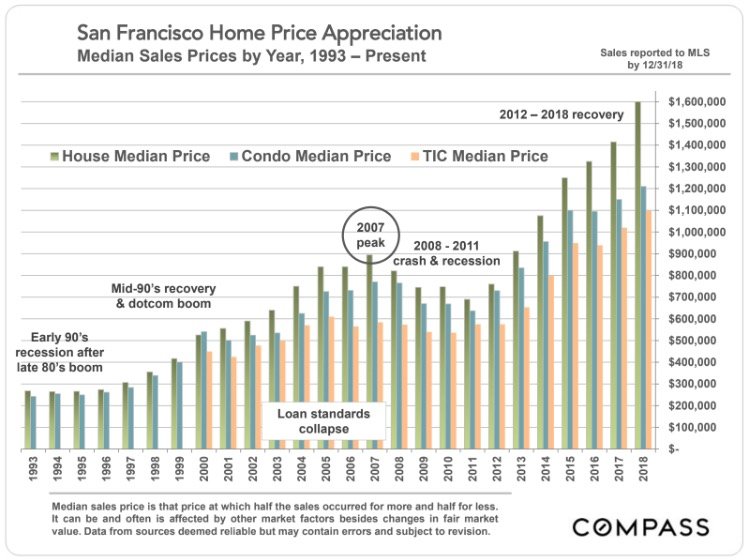 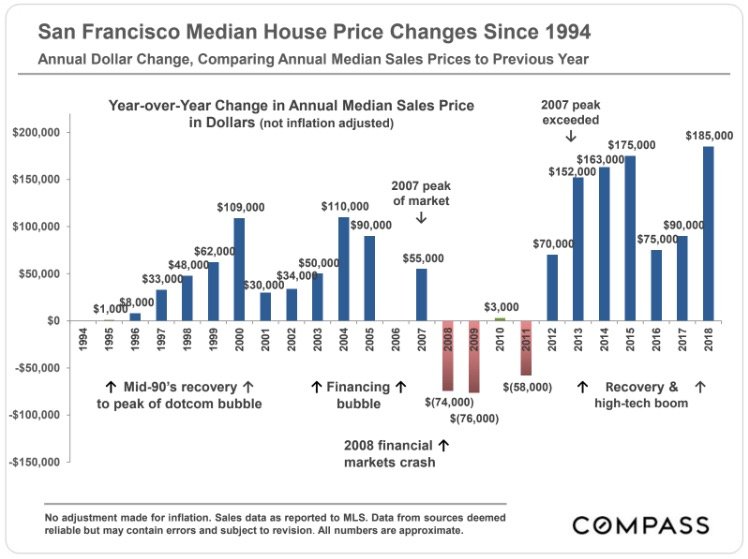 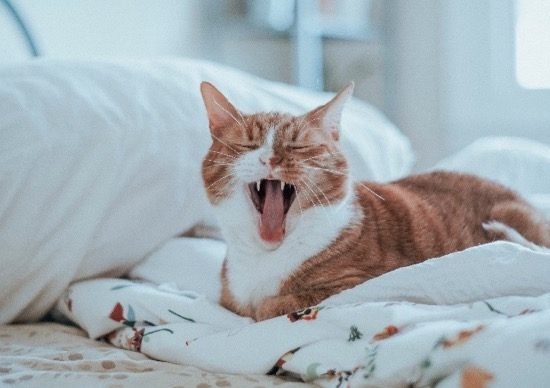 How NOT To Sell Your House

I’ve been thinking lately of all the weird things sellers do without thinking to put buyers off when they go to look at houses. If your house is on the market or you are thinking of selling, here are some do’s and don’ts (mostly don’ts):

1.  Don’t think we can’t smell your pets.  I’ve walked into homes where the first thing I thought was, “Cat.”  Then I go into the bathroom and think, “Oh man! So Cat!”  And then, in the tub behind the shower curtain, (always) is the kitty litter box. Pet odor is also a substantial liability: I’ve heard that buyers sue over cat pee more than anything else.

2. Don’t cook a big Indian meal right before your open house. Or eggs and bacon. Or something with lots of garlic.

4. Don’t try to demonstrate how much furniture you can fit into a room.  When I’m in a hurry touring property on a Tuesday, I don’t want to run an obstacle course around your stuff. When our Sellers need to remain in the home during the marketing period, we usually recommend putting half their furniture and accessories in storage.

5. Don’t leave all your very favorite art up on the walls. I showed a home once where the entire living room wall was covered with snapshots of male body parts. It was highly entertaining, but a day later I couldn’t remember anything else about the house.

4. Don’t leave a joint and roach clip on your bedside table. This is another house where I remember hardly anything except that the guy’s bed had a great sunset view of Twin Peaks.

6. Don’t play your favorite Madonna music on a boom box in the kitchen. Some people might think this gives their house a cool aesthetic, but I’d go for something a little more neutral, like classical. Boring, I know, but very safe. 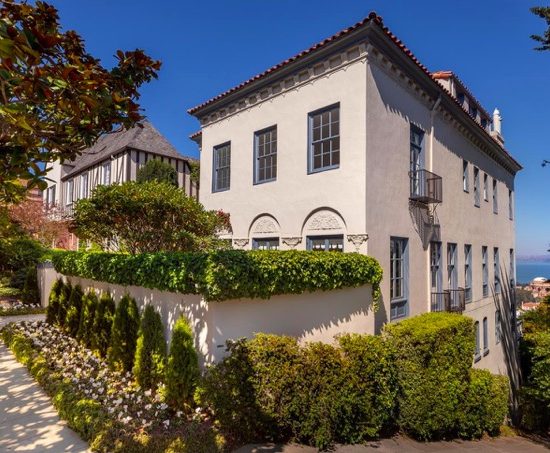 How much was the highest priced home sold in 2018? 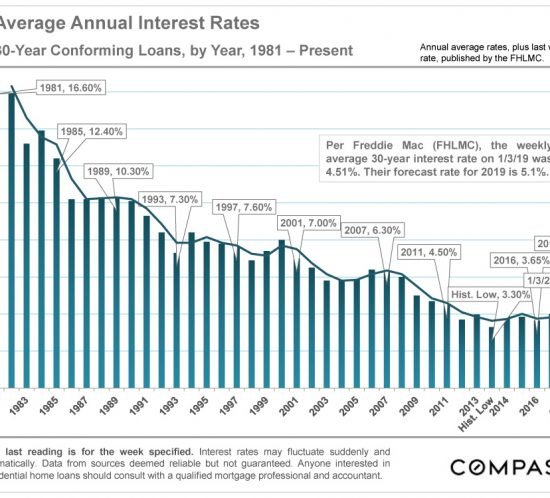 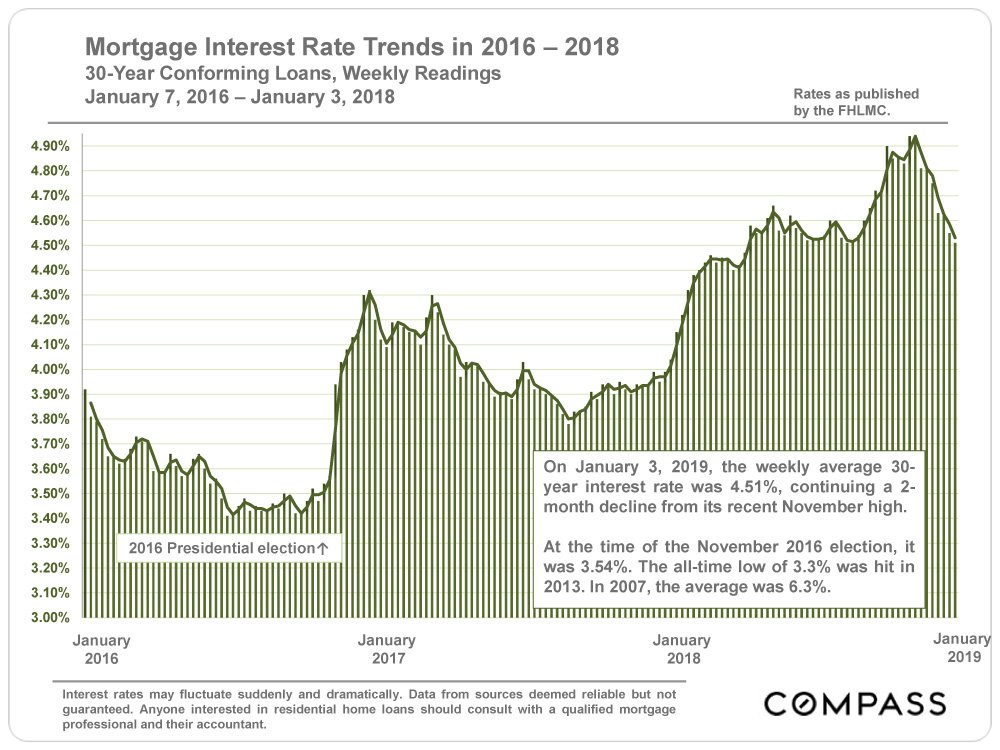 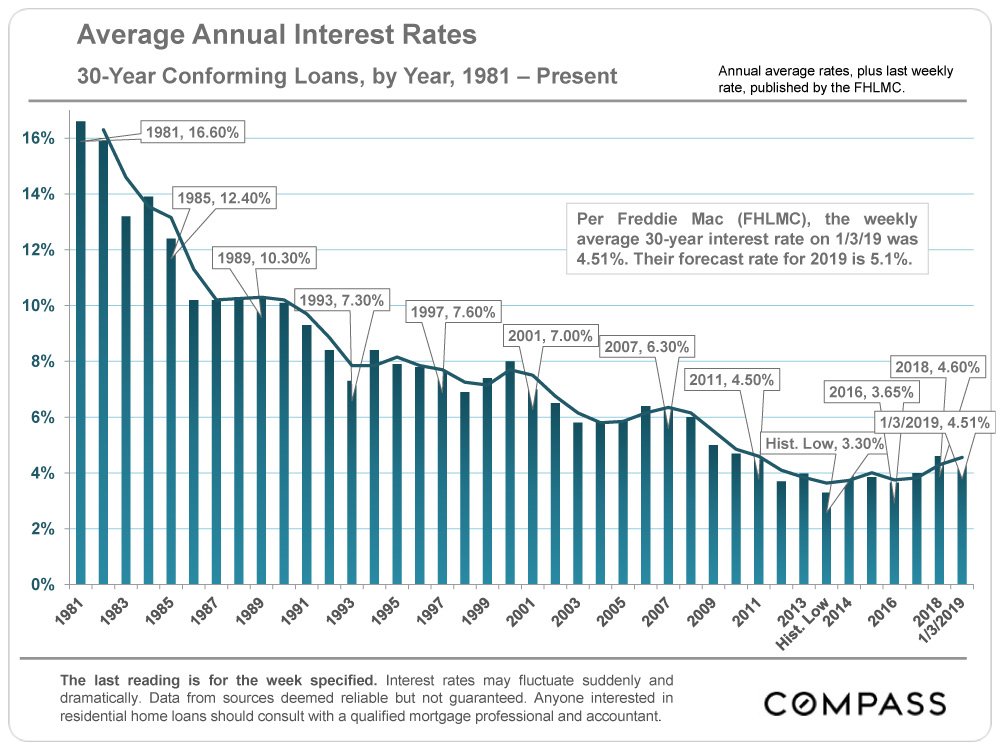 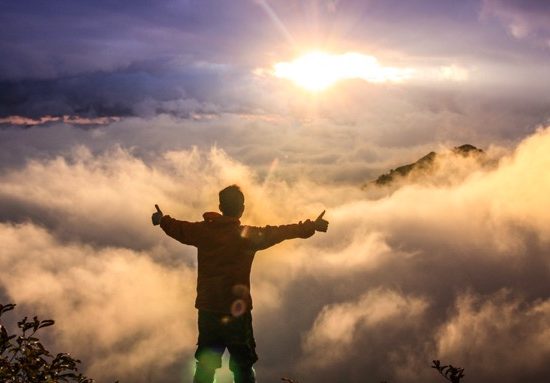 Here’s to 2019 bringing all you’ve wished for and more!