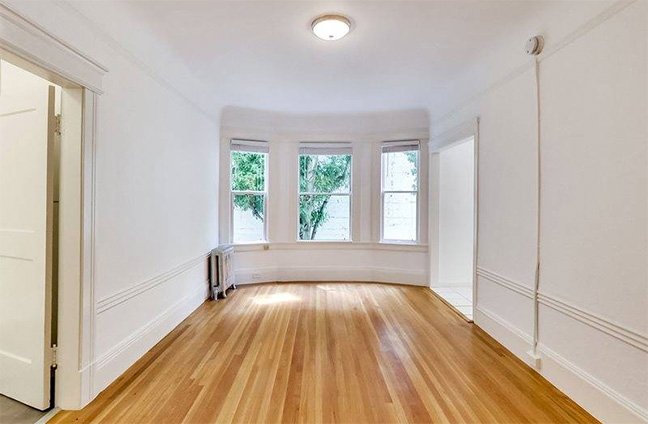 Three thousand dollars a month for apartment rent is certainly not cheap in any city, but in SF it’s only going to go so far. However, surprisingly (depending on your neighborhood, of course), it can bring some pretty nice apartment spaces this week. Naturally, that $3,000 will bring you a studio in some well-heeled town areas, or a sweet upscale abode in more outer areas of the city.

There’s a garage in-law apartment—called “the carriage house”—out on 17th Avenue in the Richmond District that features 2 bed/ 1 bath and it actually was a stable for horses back when carriages and horses got us San Franciscans up and about. So a sprinkling of history on your digs makes it that much sweeter. However, there is no oven in the kitchen, and no pets allowed.

Over in the Nob Hill environs there’s a studio in a Jones Street building that is circa 1910. It’s described colorfully as “Made in SF, not in Miami,” and further as “spacious” but there’s no square footage given. The ad is a bit amusing, as in such declarations as “kitchen NOT confidential.”

Click here to see the full repertoire of the sf.curbed.com story.