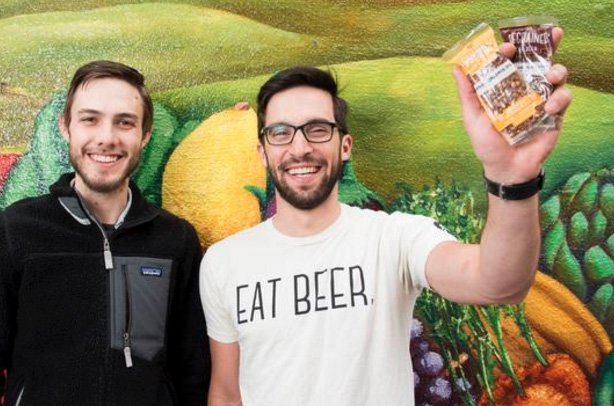 The Forbes 30 Under 30 food and drink list is pretty well appreciated by its audience and well coveted by those who make the list: recognizing young game changers and innovative thinkers in the food sphere. This year the Forbes 30 Under 30 food and drink list included four outstanding denizens of San Francisco. That’s four out of six in the Bay Area right here in our beloved city.

The list goes beyond chefs in that it recognizes innovation in general food enterprise. For instance Benjamin Chesler and Ben Simon have taken off-grade produce to new heights by selling “ugly” produce to buyers at steep discounts, thus putting a dent in our city’s food waste.

Another food waste recycling duo are Daniel Kurzrock and Jordan Schwartz of Regrained who are turning grain leftover from beer crafting into edible bars super dense with nutrients and sold at popular retail outlets. They’re trying to hit $1 million in revenue.

Click here for the full article and slide show.