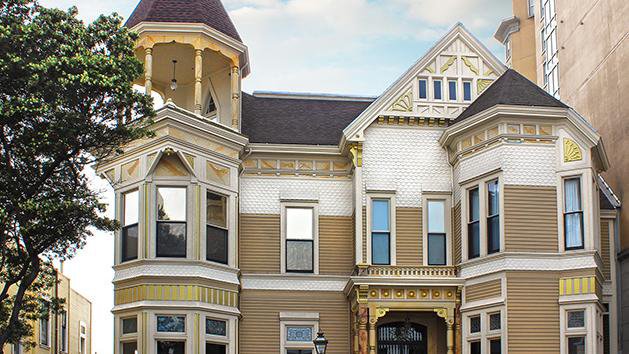 1409 Sutter Street last year was Airbnb’s most expensive listing, a real SF mansion with all the perks of ritzy living. The Airbnb listing was simultaneous with the Payne Mansion being on the market over the past few years, at one time looking for $13.5 million. Step in Bernard Rosenson from southern California who is picking up the property and turning it into an upscale hotel and restaurant. The hotel will be called Mansion on Sutter and the restaurant is named 1881, for the year the mansion was built. Rosenson expects to open the hotel/restaurant in July this year.

Payne Mansion has been a hotel in its past, so the makeover is nothing radically new. Currently the mansion has 10 bedrooms that include a presidential suite and three executive suites. It hasn’t been announced how many rooms the new hotel will offer.

The mansion is presently outfitted with eight bathrooms and two event spaces, and Airbnb renters, if they wanted, could book the whole mansion for $10,000 a night.