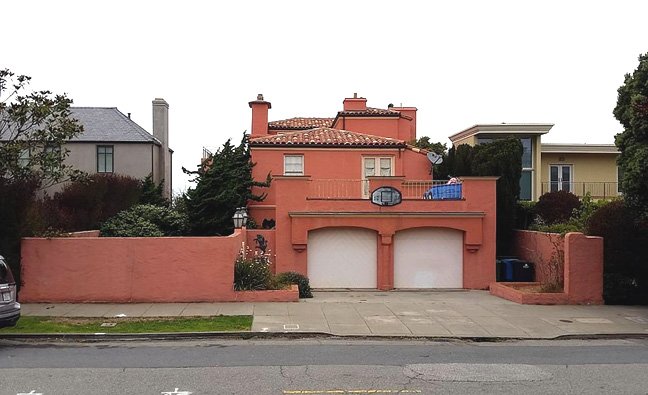 His nickname is “Lucky Luke,” but real estate tycoon Luke Brugnara wasn’t very lucky when he was arrested in 2014 for an $11 million art swindle and went to prison for a seven-year stretch, which he’s still serving. He was caught after escaping custody at the SF federal building while talking with his attorney. That escape put him on the FBI’s Most Wanted List for a while.

And now, as part of the infamous legacy of “Lucky Luke,” his stucco-pink Sea Cliff home in San Francisco just sold for $18.8 million, as reported by Curbed. The Mediterranean-style residence sports a grand ocean view and was built in 1925 with 7 bedrooms and 5 bathrooms, and a spreads out over a hefty 6,650 square feet. The house was bought in 2002 for $7 million by Brugnara Propertires, Luke Brugnara’s real estate company.

It was put on the market in a year ago in December 2016 for $19.675 million, and according to Curbed, was the second most expensive property listed in SF at that time.