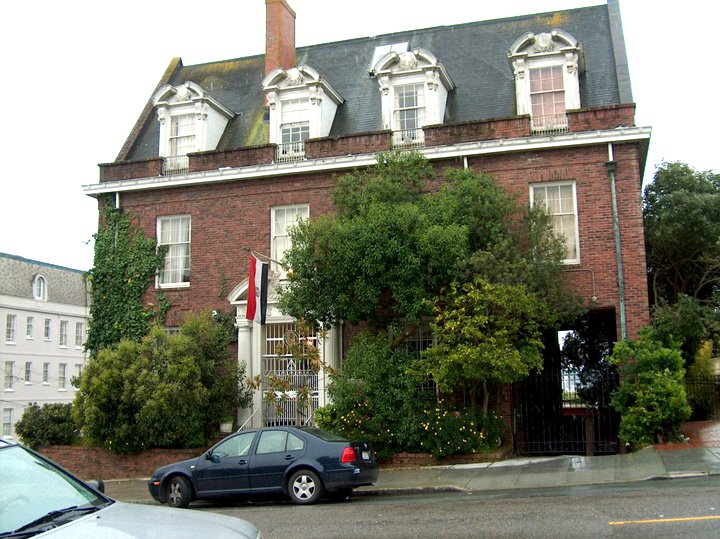 In the interesting (and expensive) items on the real estate market in San Francisco—the prize goes to the erstwhile Egyptian consulate at the corner of 3001 Pacific in the Pacific Heights neighborhood. It’s going up for a sale later this month. The $22 million price tag makes it the second most expensive residence selling in the city.

The house was designed by the architect firm of Bliss and Faville and was built as a private home just after the 1906 earthquake. The new buyers will have plenty of opportunity for luxury living renovation to reclaim the interiors to its home use. And there are some obvious repairs that need attending. Oh—there are three kitchens (foodie paradise!) and living quarters for the help, if needed. Two master bedroom suites and, of course, enough bedrooms to house a platoon, a fitness area and six bathrooms with eight half baths.