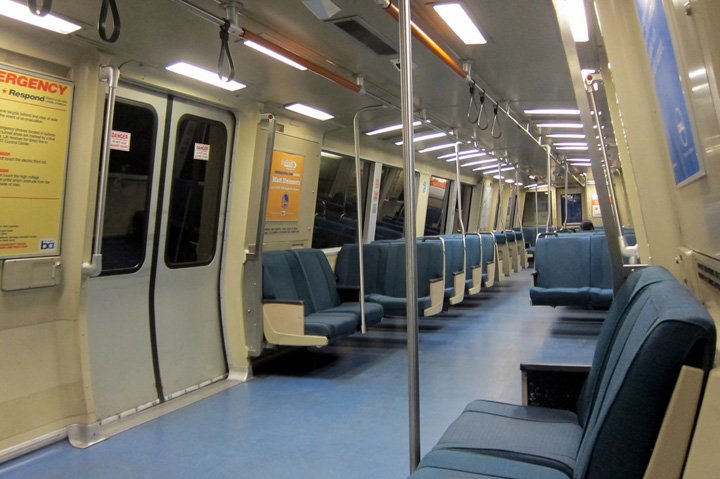 BART, the Bay Area Rapid Transit system—which has several popular stations and routes in SF—has just received the lowest marks in 20 years by customers riding the system and rating it on several facets of satisfaction. The low rating came out in a new survey just released by BART that interviewed 5,432 riders during their rides from Sept 9th to Oct 9th 2016.

The questionnaire bravely asked how the riders felt about BART’s service, how they got to BART, how they rated the system’s website and what specific complaints they have.

What’s getting BART riders riled is the fact that many have to stand for their commute and the commute length itself is a pain along with a poorer riding experience. Those who were able to consistently sit on the trains were less inclined to complain than those who ride standing. Other complaints included not enough bike parking, overall cleanliness, and station conditions.

In sum 69% are satisfied with BART, down from 74% satisfaction in 2014. BART’s general manager said the transit provider expected the low marks, citing the fact that new rail cars they’re expecting to go online are just starting to arrive and they are just starting to spend the $3.5 billion bond approved in the November 2016 voting.