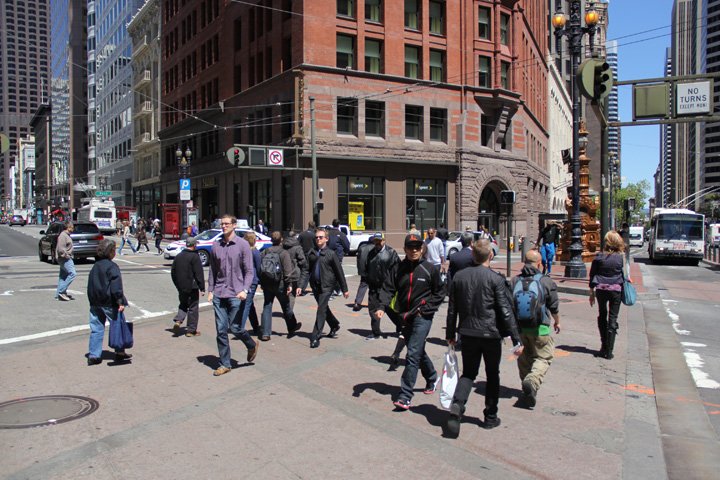 Best City to Live In Without a Car: Well—San Francisco, Of Course

Are cars going extinct in SF? No. Not quite. But our city is the closest you can get to futuristic cities where cars as we know them would not exist. According to Redfin, San Francisco is the at the top of the heap of cities with a population of 300,000 or more for it’s The Best Cities for Living Without a Car list. Once again, our fair city beats out our cousins in Los Angeles and New York for the top spot.

The Redfin list is distilled down from Walking Score, Transit Score and Bike Score rankings. Redfin defines this as “These are places where you could forgo having a car and still be able to get around town in a variety of ways, whether it be by foot, bike or public transit.”

Now, for full transparency, we didn’t score first in any of these 3 Scores. We scored 2nd in all of them. But our aggregate score put us at #1 in the country. And as we all know SF is a great city to walk or bike around, and our public transit and pedestrian-accommodating projects have been an intense focus in the city lately, and will be into the future.