The S&P Case-Shiller Home Price Index for July 2014 was released today, and indicated a small – less than 1% – dip in high-price-tier houses. (The Case-Shiller aggregate Index for all Bay Area home price tiers dropped even less, about 4 tenths of a percent.)

For the past 3 years, home prices have surged in the spring and then plateaued during the summer. It is too early to speculate whether home prices are trending down a bit after the spring market frenzy, which is certainly possible. For any definitive sense of home price trends, we will have to wait until the autumn-selling season numbers are in. Autumn this year began with a big surge in the number of new listings in September.

Remember that the C-S Index covers not just San Francisco, but 4 other Bay Area counties and is a 3-month rolling average. San Francisco makes up a very small part of all the house sales being surveyed by the Index and C-S home prices reflect offers negotiated in previous months – thus the June 2014 peak reflects the heat of the market in the heart of the spring 2014 selling season.

The small dip in July 2014 from the spring peak can be seen. Small fluctuations up and down are not particularly meaningful until substantiated by longer term data. 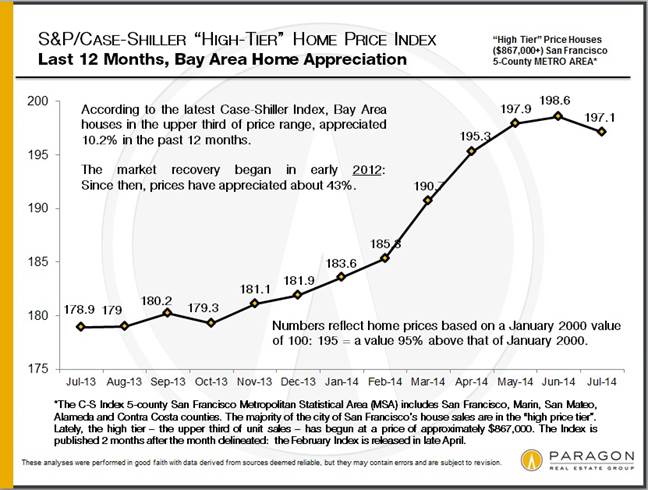 Since the recovery began in earnest in early 2012.

One can see the two previous summer price plateaus (and, now perhaps the beginning of a third) after spring surges: 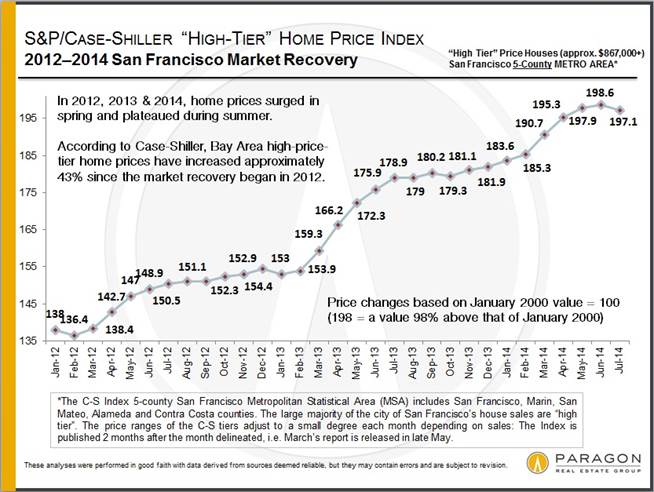 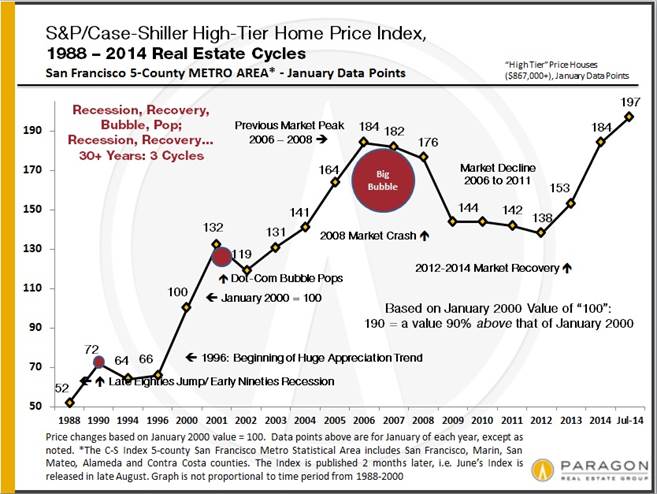