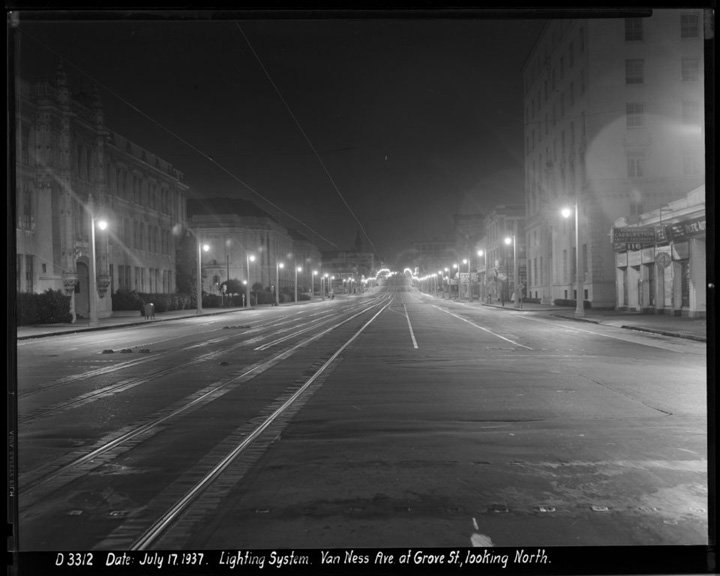 Charming Street Lamps on Van Ness Replaced By The Uglies?

Uh oh. This is bad. One of the great driving experiences of the city is cruising down the wide lanes of Van Ness Avenue at night with the beautifully wrought street lamps all ablaze. There’s even a fond name for this stretch of avenue that’s officially part of Highway 101: Ribbon of Light. And now the Ribbon of Light is about to be mowed down and replaced by a strip of modern sticks that give off light. The plan is courtesy of the San Francisco Mass Transit Authority.

The San Francisco Board of Supervisors are urging the SFMTA to stop the plan. The lamp change is part of the mass transit authority’s makeover of Van Ness to make it less congested, including the startup of the Van Ness Bus Rapid Transit routes that reduce the two center lanes of traffic to necessity bus lines.

Also joining the outrage over the death of the decorative lamps is former SF mayor Willie Brown. He says, “As the Mayor who took charge of much of the restoration of our glorious, iconic City Hall, where San Francisco’s history and character are honored and remembered daily by those who work and visit here, I cannot imagine Van Ness Avenue without its historic street lamps.”

The lamps were originally put up in 1915 for the Panama Pacific International Exposition.