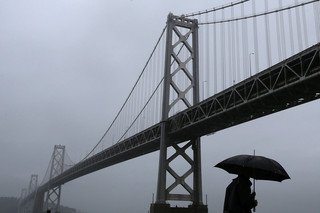 One of the developers who spearheaded the iconic One Rincon Hill towers has set sights on a Divisadero Street property currently occupied by a car wash, according to the San Francisco Business Times. David Kriozere of Genesis Real Estate Group, in conjunction with property owners Roy and Patty Shimek, have begun preliminary action to construct a 158-unit condo building at 444 Divisadero (cross street Oak).

That building would encompass slightly less than 150,000 square feet and stand between four and six stories tall. The project would also include between 7,000 and 8,000 square feet of retail space, with total construction costs tentatively placed at $48 million. According to the Business Times, the project would entail demolition of the car wash and accompanying gas station as well as two other existing buildings.

The property has been owned by the Shimeks for decades. The Business Times said it was uncertain whether they would play a role in the proposed project and also whether they would retain ownership of the land itself. Formerly an executive at Urban West Associate, Kriozere was instrumental in developing One Rincon, two of the city’s tallest buildings.

This would mark one of the most sprawling recent developments on that stretch of Divisadero, which forms the border between the Lower Haight and Haight-Ashbury neighborhoods. Gentrification has been appearing there for a while – as evidenced by a Bi-Rite Market that offers incredible ice cream – with a commensurate increase in new retail and rents.

What do you think of the project and of the changes along Divisadero? Let me know.