Digging into data to discover a changing market

Curbed SF recently cited Paragon research in an article titled “Breaking Down SF’s Scary Price Increases by Neighborhood.” Specifically, the post addressed the data dating back to 2011 as discussed previously here. In 2011, for example, median single-family home prices weren’t exactly a bargain in Pacific Heights — $3.225 million, to be specific – but now that figure has jumped to $5.6385 million. That, Curbed notes, is the city’s largest raw increase.

Curbed also notes that Paragon research finds that condo prices are on the rise as well, with Russian Hill seeing nearly 100 percent in increases since 2011, from $872,500 to $1.65 million and trailed closely by NoPa and the Mission. While you can still find relative bargains in Diamond Heights, the median price has still seen an increase of 93 percent from $352,000 to $680,000.

“San Francisco may never go back to the numbers of 2011, but will these terrifying increases continue this year?” Curbed asks. “With the spring selling season ready to kick off, we’re about to find out.” 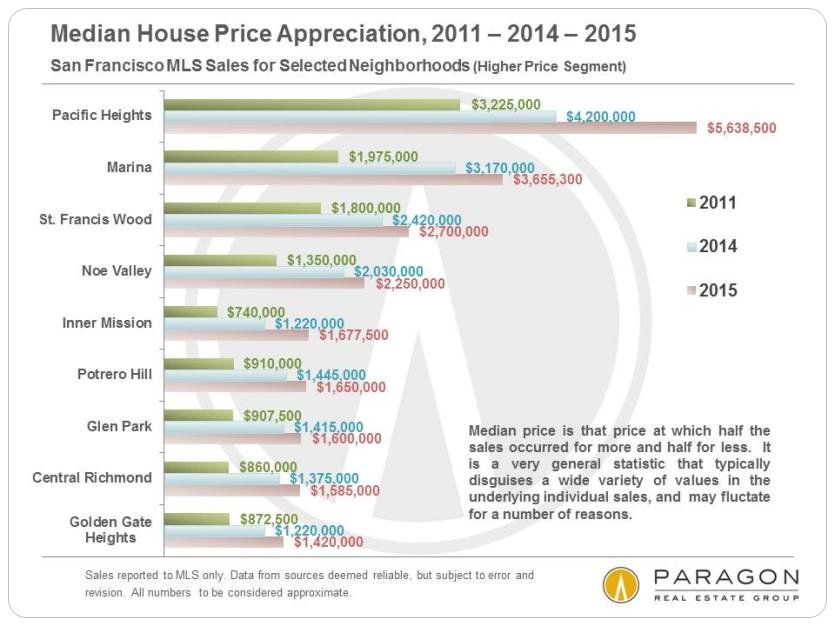