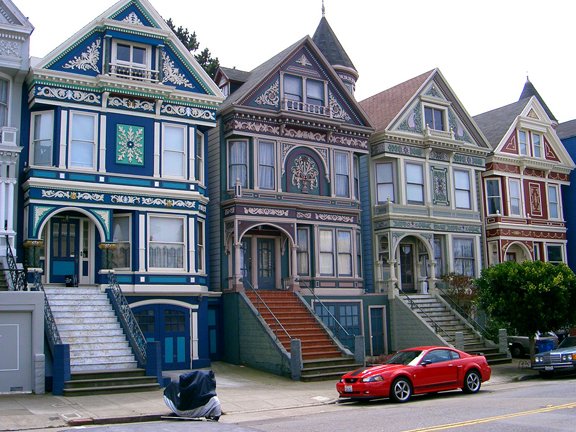 Victorian houses are one of the architectural delights adorning the hilly features of San Francisco, from gingerbread to castle-like to staid and stately. But Victorians are not known as styles. They are periods. Victorians are classified by period, and the term comes from a building being built during the reign of Queen Victoria from 1837 to 1901. Our city’s building of Victorians was primarily late 19th century single family houses, and some formal larger institutional buildings and additional Victorian homes that resulted from the post 1906 Earthquake and fire reconstruction efforts. The US was slower to adopt the Victorian era designs, thus many of the SF’s Victorian buildings were built well after the 1901 Queen Victoria period.

Now there’s a map on Curbed San Francisco that gives you the ability to click on a section of the city and read about that neighborhood’s Victorians.