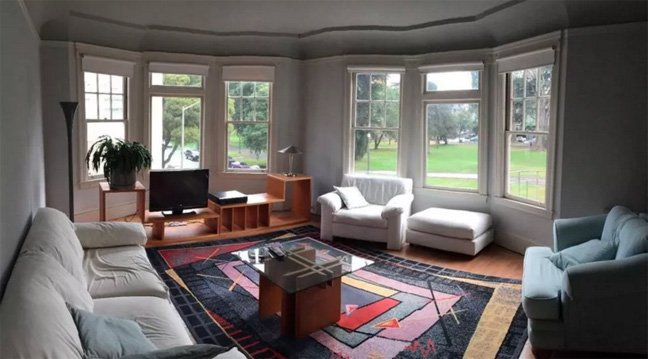 A very expensive home moved, and a shockingly affordable one also sold.

Up in Pacific Heights a renovated 4,800 foot five bed / five bath house finally sold at $10 million, after two price reductions that ratcheted down from $12 million. The house was built in 1971 and was long considered an ugly ducking in the neighborhood. Architect Ravi Anand was brought in to rescue the house with a modern look that earned critics’ praise. But despite the design upgrade the house wasn’t selling recently until the price drops totaling $2 million.

Over just north of the Panhandle area on Fell Street a SF miracle occurred—let’s call it A Miracle on Fell Street. A one bed / one bath condo sold for $157,000. Yes. Amazing. Unbelievable. Are we in the wrong city? Well, it was a BMR sale in which the Mayor’s Office of Housing facilitates affordable home sales to first time buyers within certain lower thresholds of personal income. The condo is built on the first floor (above garages) in a 1925 building and has a pretty nice grass and wooded area view. It’s one block west of Golden Gate Park.