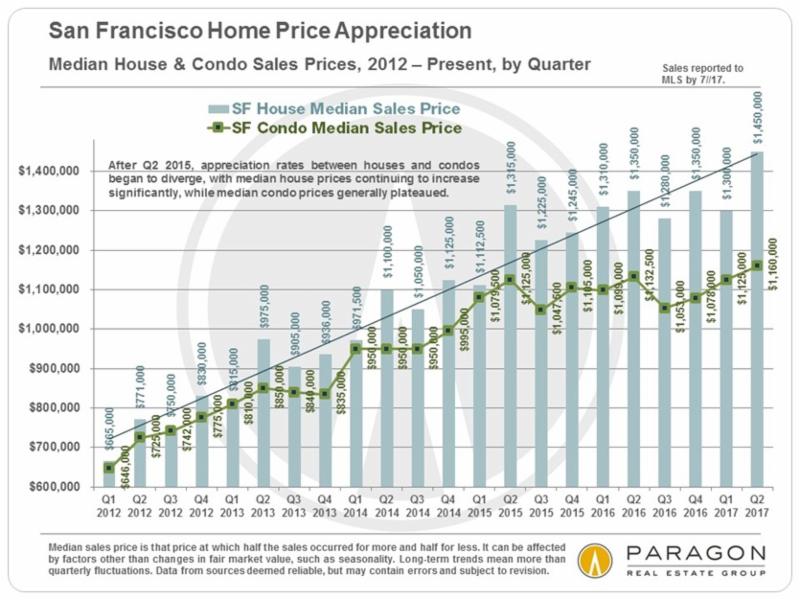 This first chart shows the rising trend in houses and condos over the last five years. The gray bar is houses. The green line is condos.

There are two interesting phenomenon to observe here. The first is (obviously) the continued rise in our median home price, which topped $1M all the way back in 2015, but then continued to climb all the way to $1.45M by the middle of this year. The median condo price is also pretty spectacular at $1.16M.

The second is the abrupt lag in appreciation condos saw compared to houses beginning in 2015. That slowing can be directly attributed to the influx of new construction that began hitting the market just about that time.