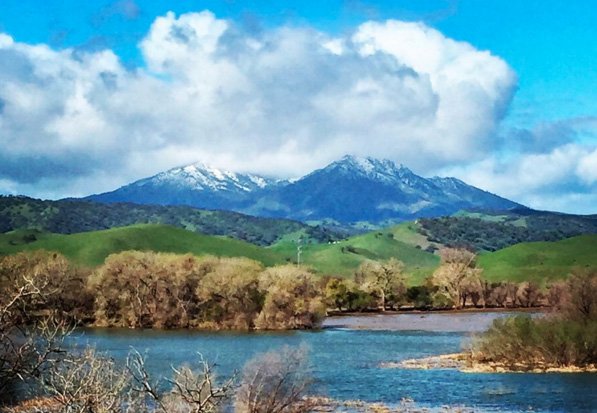 The Winter Wonderland look just visited us again in the normally no-snow-zone Bay Area. Maybe a lot of us in SF missed out on seeing the snowfall on our nearby mountain tops, or didn’t even know about it. After all, we were on the ground level of more of this “atmospheric river” type of rain filling our streets.

But the cold snap we just went through over the past few days has dropped snow on four of our local mountains and high elevation areas. Yesterday, March 6th, a pretty good snow dusting came down on Highway 9 and Skyline Boulevard near Saratoga (elevation at around 2,000 feet)—as reported by SFGate. As well snow came down on Mount Diablo in Contra Costa County, Mount Tamalpais in Marin County, and Mount Hamilton near San Jose.

The last time it actually snowed in San Francisco was an inch of snow dropped on February 5, 1976.