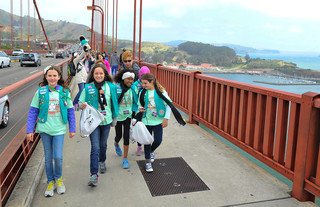 With price growth in excess of 14 percent, our fair city is topping the 2015 Prime Global Cities Index. As reported by CBS News, the index – which was recently released by London-based real estate consultancy Knight Frank – luxury properties are averaging a pretty impressive 46 percent pricier than at their low point in the second quarter of 2009.

San Francisco’s robust technology industry was seen as a major driver for its number-one status in the index. Specifically, price growth was pinpointed at 14.3 percent annually, followed by the Asian city of Belgaluru at 13.6 percent, Miami at 12.2 percent and Vancouver at 11.8 percent.

Jonathan Miller of New York-based Miller Samuel Appraisers and Consultants told CBS News that Knight defined the concept of luxury in a variety of ways, adding that he believes the best measurement is taken by looking at the top 10 percent of transactions during a particular period. Miller Samuel provided data for Manhattan, Miami and Los Angeles, the latter of which came in at number 9 in the index.

With a median home value exceeding $1 million, it’s perhaps safe to say that San Francisco won’t be leaving this list any time soon. This could well be the case for other cities on the list, in addition to other global concerns, as the Index itself notes. “The ongoing tussle between globalization (wealth creation, improved connectivity) on the one hand and protectionism (foreign buyer restrictions, capital controls etc) on the other is set to dominate purchase decisions for luxury buyers and hence market performance going forward,” the report states.