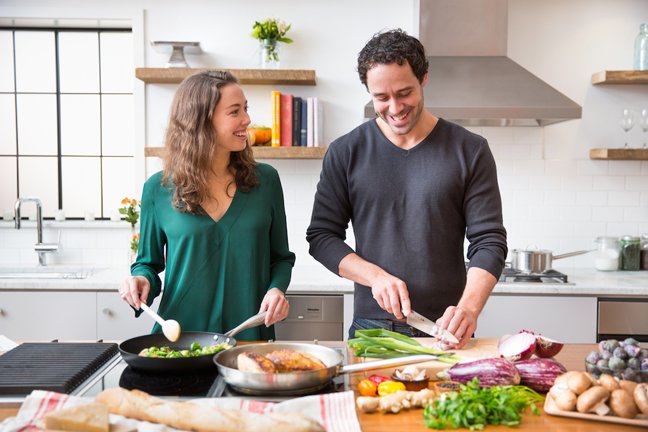 Home cooking can be enjoyable—even contemplative—a way to relax and connect with things important about being human, being a couple or being a family. Yet, for many it is a responsibility, a chore to face after a long work day or a long day and a long commute. Home cooking is, obviously, cost effective—more affordable. It is also tradition, a generational tradition. However, in today’s online world where good to great food is available with a couple of finger swipes the whole zeitgeist of home cooking is definitely reducing, and possibly heading to extinction.

Ordering dinner through an app and having it delivered is becoming astonishingly popular. And it is now competing head to head with the costs of home cooking. It could be heading to being even cheaper than home cooking.  This conclusion comes out of a new USB research report that is apropos titled, “Is the Kitchen Dead?”

The Wall Street Journal chimes in, “people don’t want to cook anymore.” The WSJ states that spending on home cooking grew by under 2 percent from 2013 to 2016, while during the same period prepared meals delivered-in grew more than 20 percent. By 2030, food being delivered from online ordering apps could take up 10 percent of the total food services market. That works out to $365 billion a year, up from $35 billion now.