The much anticipated Case-Shiller report for the 5-county SF Metro Area just came out. Basically this report shows patterns for the entire SF Bay Area including comparison snapshots back to 2000 through the dotcom bust on through the great recession of 2008 and on up to July 2016.

The overall take away from these charts is that the higher priced home segment (houses and condos) has hit plateaus and is cooling down while the more affordable market homes are slowly appreciating. This conclusion is in line with other reports that have come out over the past month.

Our complete report is here. 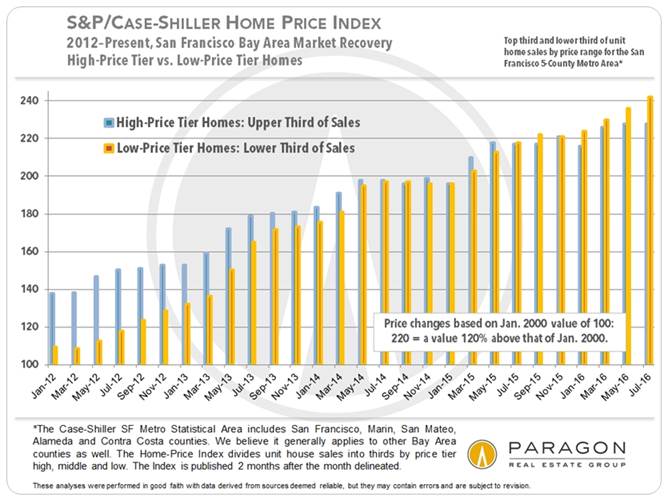 However, the mid-price and high-price tiers have exceeded their previous peak values in 2006-2007, while the low-price tier, though climbing rapidly, is still well below its subprime-loan-fueled high point. 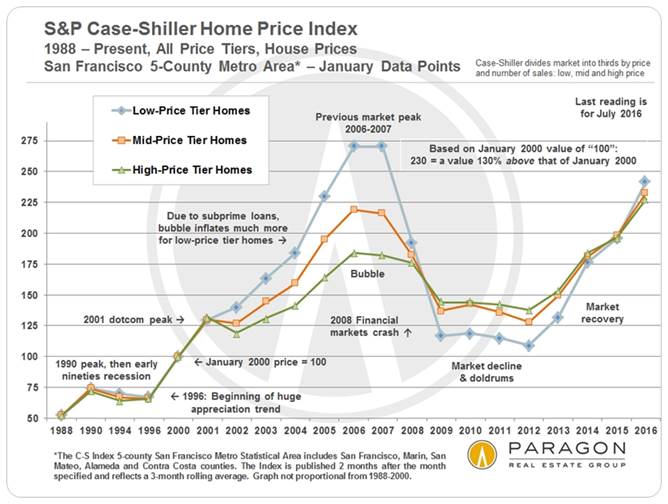 The appreciation rate for higher priced homes was significantly lower this spring than in the previous 4 spring selling seasons, and has generally plateaued in recent months. This plateauing is not uncommon during the summer months. 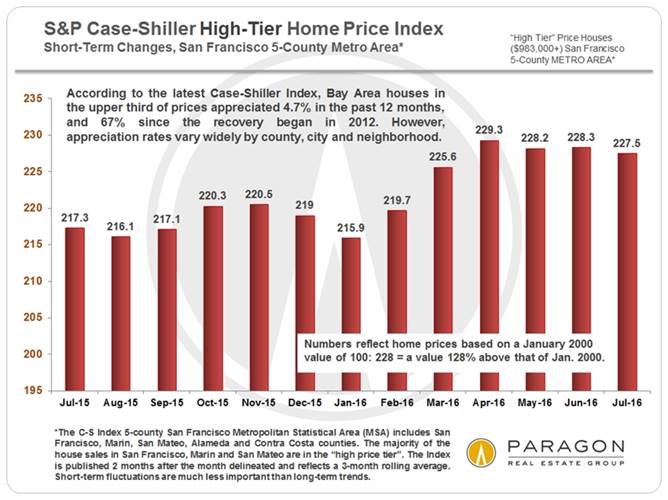 Long-term trends for the high home-price tier in the Bay Area, which predominates in most of San Francisco, southern Marin and Lamorinda/Diablo Valley. 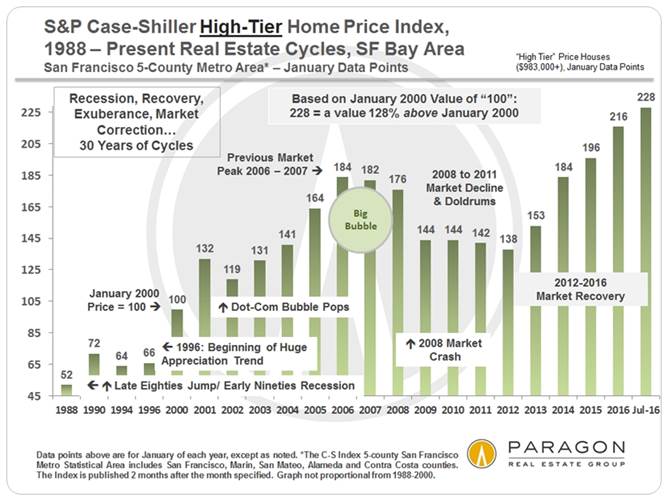