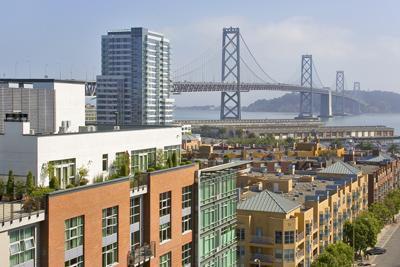 The San Francisco Chronicle reports that the San Francisco Supervisors have, after much contentious debate, voted unanimously this week to place on the June ballot a charter amendment requiring developers to sell and rent a quarter of units in new projects at below market-rate prices.

The measure has over time been opposed by several parties – mayor Ed Lee, developers, construction trade unions and several moderate-leaning supervisors – and so Tuesday’s unanimous vote comes as a bit of a surprise. The opposing parties had said that the 25 percent below-market requirement, which more than doubles the current 12 percent requirement, would damage the housing market to the degree that it would actually make for less affordable housing as a result. The measure’s authors, Supervisors Jane Kim and Aaron Peskin, were dismissive of those claims.

“In the end, all 11 supervisors got behind the measure, even if some did so grudgingly,” the Chron reported. “There were political and practical reasons for doing so. Politically, voting against more affordable housing simply doesn’t look good in a city where affordability is a huge concern.”

However, that 25 percent requirement may not hold. The figure could be lowered either project-by-project or citywide, according to a resolution between the mayor and the measure’s authors that says by April 19, the Board of Supervisors is to pass legislation including a grandfathering clause that could exclude developments that are already in the works.

Supervisor Norman Yee, who helped make the deal a reality, told the Chron that he “really want(s) to have this resolution as a companion to the Charter to let people know I am serious.” Stay tuned.