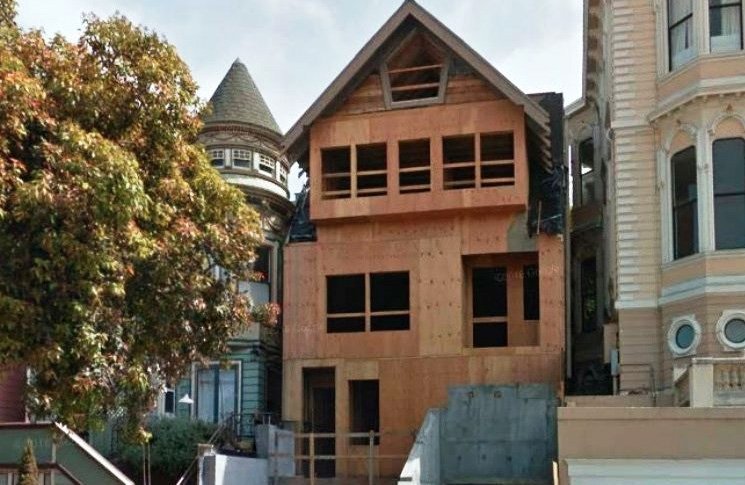 The four-story house at 151-153 Liberty Street is a classic and much beloved in the neighborhood—which itself is highly prized in San Francisco. It was built in 1913 in the Craftsman style and now the new owner—local contractor Brendan McGrath—has surprised and outraged many San Franciscans with the non-classic renovations to the front face of the house. McGrath bought the house for $1.28 million in 2012.

SFcurbed.com reports the outrage includes the San Francisco Historic Preservation Commission that is alleging that McGrath may have damaged the home’s historic assets in the façade alteration. The official complaint from the Commission is: “Exterior alterations beyond the approved scope.” The complaint noted that the historic windows had been removed. Further the complaint stated “the completed unpermitted work qualifies as a demolition” and requests that ensuing construction restore the home’s curb front to its original form.

The SF Planning Department reviewed and agreed to the alterations submitted by McGrath in 2014—that permitting being what McGrath is charged to have gone beyond. Tomorrow, Wednesday, the Historic Preservation Commission, which is a separate branch of the Planning Department, will have a hearing with McGrath.