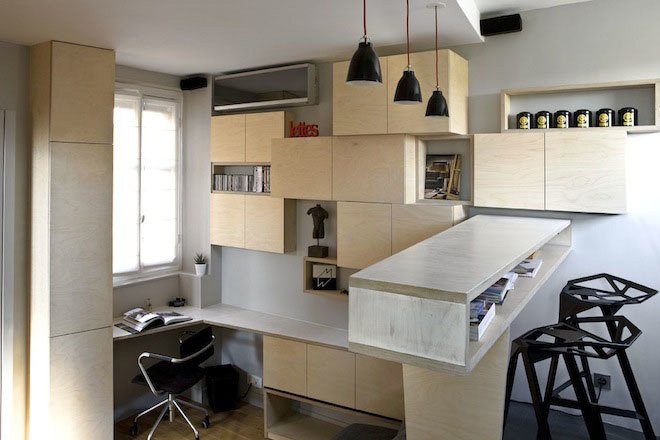 Living Small When You’re Not a Small Liver

Minimalist living means less stuff, less clutter, less of more, which means less is more. That’s the idea. What happens if you want to keep a lot of your best stuff and still lead a living small life? Micro apartments and really tiny studios are popular in San Francisco, going fast when they come up for rent.

According to a piece written by a Washington D.C. couple on their downsizing from a 1,200 square foot 2 bedroom apartment to a 650 sq ft apartment you can live small but still live large. They’ve been living in theirs for six years.

Take a good, long, focused look at your living space. You know—a fresh look. Is there tons of clutter, disorganization, rooms hardly used? Are there chairs draped with clothes that you would notice right away in tight quarters. In small living all these things stand out and need prompt attention. Resulting in better quality living.

Contain that situation! As in containing everything loose in the apartment so its in well designed, stackable, storable containers. Opaque containers for things not hidden. Could be the color of the walls so they blend into the walls. Monochromatic color scheme for bathrooms and entryway stuff. Stuff on countertops, tray it. Trays make things look intentional.

Hidden items in closets or behind closed doors: stack it baby. The containers must have verticality, as in stacking up to the ceiling. Can be color coded or the color of walls to blend in and be less visible, a nice touch.

Revaluate what you’re doing for hobbies and entertainment, and if it’s not being used or done, then lose it. If you use it and are doing it, keep it.

If you absolutely adore something, also revaluate it. It could be something you’re really in love with and would never think to part with, but you need to look at it honestly and see if it really fits into your tiny living space. You can always get something else in the future if you move to bigger.