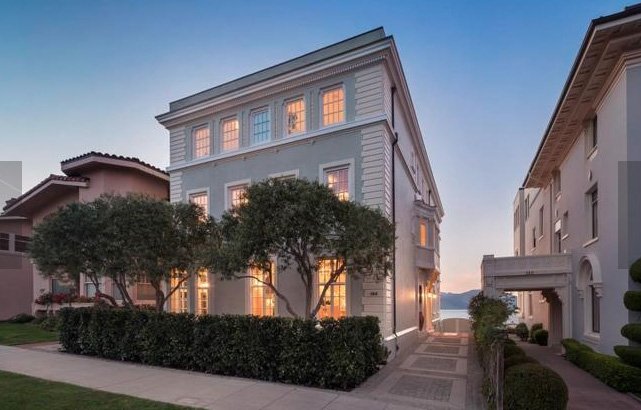 Luxury Still Thriving in SF: Most Expensive Homes Sold in 2016

San Francisco is known for many breakout cultural expressions, and luxury home living—beginning with the nouveau riche of the California Gold Rush–is still among our prized iconography. The year 2016 was no exception to the purchase and sale of great homes in SF, despite the downturn we’re in now, and despite the fact that a lot of Millennials are intending on moving out of the Bay Area.

So which great homes sold last year and what was the sticker price on them? The San Francisco Business Times just put together a fun, informative, envy-invoking list of the top 10 most expensive homes sold last year. The grand total for the ten was $128 million. But lest you feel we’re the environment for the most most expensive sales, the homes down the Peninsula are selling for $15M up to $40.M each.

The grand poobah of sale in SF last year went to the 164 Seacliff Ave. home for $17.8 million. A condo home in the slightly sinking/tilting Millennial Tower went for $13 million, and a condo at 1100 Union Street went for $13.25 million.

Click here to go to the slide show of the top ten most expensive SF home sales in 2016.