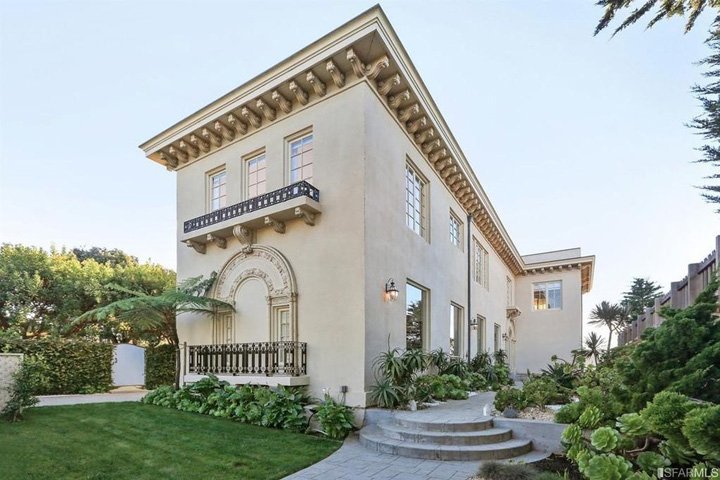 At 54 Keith Hammet is a rock icon and iconoclast—established over decades as the hard-riffing lead guitarist and songwriter for Metallica. And like many rockers who project an image of edginess and rebelliousness on stage and in parts of their public lives his tastes in his home life are staidly and beautifully contemporary-modified classical. This month Hammet’s Sea Cliff Avenue home went on the market for a head-turning $16 million. The home is a stunner, reflecting the lifestyle of a bestselling author or a professor with big bucks rather than a rocker. It boasts views of China Beach and the Marin Headlands that’s are among the best ocean panoramas in the city.

The home was built in 1922 in the neoclassical style with four bedrooms, five bathrooms settled into 4,180 square feet of interior space, with a wall surrounding the 6,760 square foot lot. A finely manicured garden is ensconced on the grounds. Some of the appreciable aesthetics of the home is its custom ironwork, original fireplace and crown moldings.