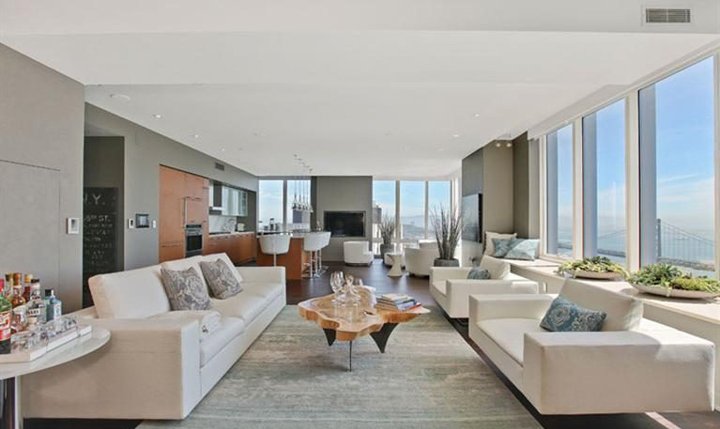 San Francisco’s own Leaning Tower of Pisa, the Millennium Tower, which is sinking and leaning at notable and lawsuit-generating rates, just had a deal close on its most expensive condo—and it’s a million less than the asking price.

The Millennium’s top priced condo, Unit 401, was put on the market in March 2017 (after the tower was reported to be sinking/leaning) for $5.99 mil. There was no joy with that price, so it was priced down, then taken off the market. Then, it went back into play with a price tag of $4.99 mil. After this downward evolution, the unit just sold for $4.66 million.

So, there’s still a market for people wanting to live in what once was the toast of SF for luxury towers and took in $750 million in properties sold, and is now a kind of sinking real estate ship. With a tilt of 14 inches to the northwest, condo inhabitants aren’t literally feeling the lean yet, but it’s certainly a good ice breaker for dinner party conversation.