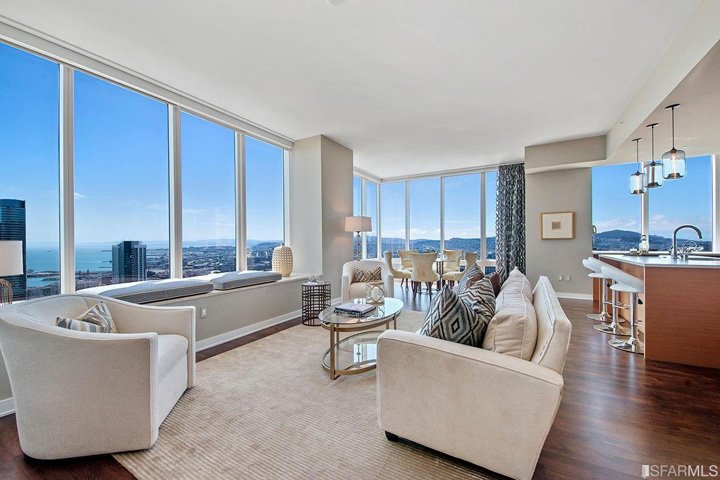 Unit 1A is the 58th floor penthouse of the Millennium Tower, which over the past 5 months has been embroiled in controversy over its sinking 16 inches and tilting northwest several inches. This sinking and tilting is far beyond any settling the building was projected to undergo, and at a far faster rate. The controversy has involved finger pointing as to blame for the fiasco, lawsuits among parties and condo owners, and the steep falling of the tower’s unit’s values. Now Unit 1A, the penthouse, just sold for $5.75 million on April 28th, down from $9 million asking price in November 2017.

The sale was 29% less than what the 2-bedroom penthouse sold for 22 months ago when it was bought for $8.1 million. The 2,700-square-foot condo had a makeover in “ultra contemporary design” and was outfitted with “only the finest materials, procured from the globe” as SocketSite reported.

Part of the amazement with this drop in price is that it sold at all. Many homeowners and observers are stating that the building was made worthless by the significant structural shifts and resulting cracking damage to the ground floor and the reality of a building tilting and sinking. Another penthouse two floors up sold back in December 2016 for $13 million, its full asking price, the most expensive condo purchase in five years.