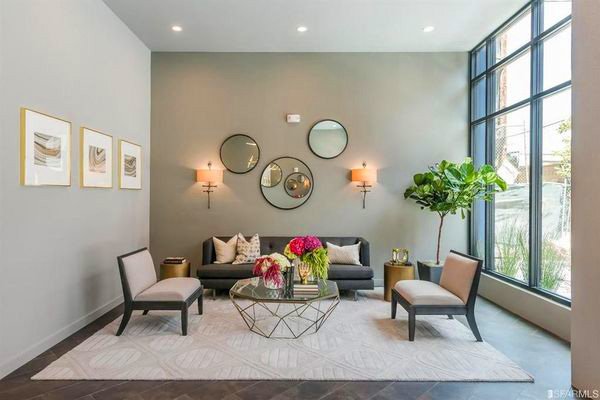 There was a battle in the same building last week for the lowest priced smallest home sale in SF, according to sfcurbed.com. Part of the Shipley House condo development in SoMa that just opened in the 2015 summer, #203 sold for $640,000. That bought a 529 square foot condo, 1 square foot smaller than the other 530 square foot unit that sold last week as well. Considering that square footage measurement isn’t standardized the two condos could actually be the same size. The #203 unit sold for the first time, and came in at its asking price.

On the high side of home sales last week, the top price was not nearly as tall in dollars as most of the “high” sales in a week that sfcurbed.com kibitzes about on Fridays. Usually the buys are at $8m or $6m or at least in the range of $4m but last week the high sale was #23 unit at 550 Davis Street, going to buyers for $2.6m which was shaved down from $2.8m. It went off the block at just after one week. So a fast buy at a comfortable multi-million price for this condo. The condo #23 is in is brick clad, large, elevated complex building on Davis Street. Built in 1981 the building was remodeled in 2011 by SF architect Olle Lundberg. The building is across from Sydney G Walton Square.