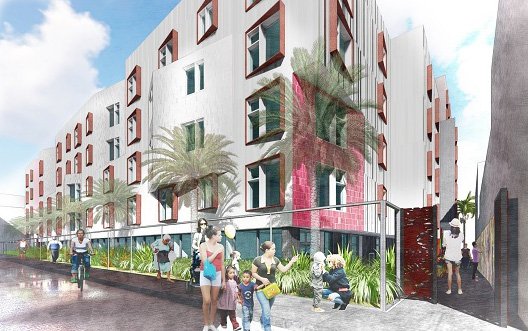 It’s been a long time coming. The Balboa Park and Excelsior areas of the southern part of SF haven’t had new large scale housing in a long time—several decades in fact. Developers have been drawn to SF’s downtown area, favoring its more upscale appeal and marketability. But now two affordable housing projects could be breaking ground soon in these southern edge areas of SF.

One project will have 90 units of housing in Balboa Park’s Upper Yard parking site—near the BART station. The rights to develop this site were won by Related California and Mission Housing Development Corp. The housing is also planned as a community services hub.

Over in the Excelsior neighborhood Bridge Housing is proposing a 154-unit affordable housing development at 4840 Mission Street. This is an area noted by SF economists and planners that’s struggled during the city’s economic boom.

Both projects are being publicly subsidized through The Mayor’s Office of Housing and Community Development as each unit will cost several hundred thousand dollars to build and the rents need to be kept below market.