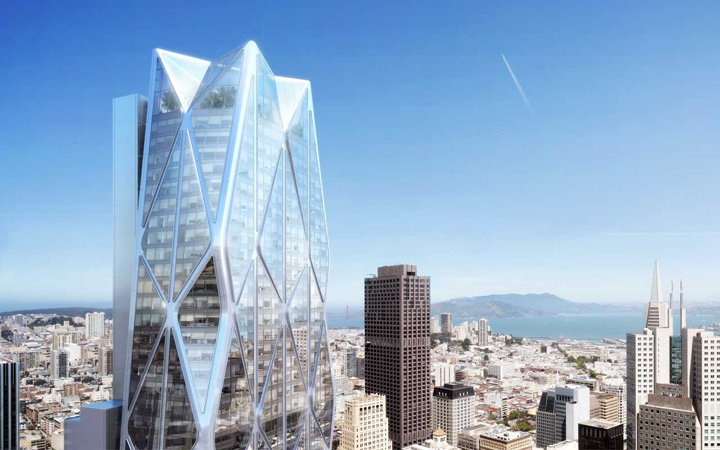 There’s a new tower in town at First and Mission streets and it’s going for the title of second highest building in the city, coming in at 910 feet. The new project—called Oceanwide Center—just had its silver-plated-shovels groundbreaking ceremony on December 8th. It’s actually two towers (one at 625 feet, the chief one at 910 feet) designed to house a hotel and 265 condos. Office and retail space will be built into two historic buildings being preserved for the center: two low-rise edifices at 78 and 88 First Street.

A spokesman for the project with a marketing eye to the SF skyline opined, “It’s going to help reshape the skyline of San Francisco. At the same time, it really engages with the ground-level pedestrian experience.”

Spanning a 60,000 square foot lot, 26,000 square feet of that is dedicated to public open space, parks and passageways—following an official SF push to have private buildings offer charming public spaces. The landscape architect for the open spaces is Kathryn Gustafson.

But don’t get too excited about opening time. You’ll have to wait until 2021 rolls around. The two towers will go up simultaneously.