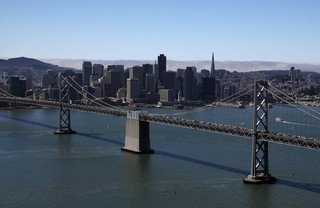 Paragon has just issued its 2015 Mid-Year San Francisco Real Estate Report, which finds that price appreciation is continuing in terms both of dollars and percentages. In San Francisco, as in San Mateo and Marin counties, the dramatic surge in luxury home sales is having an effect, as is increasing luxury condo construction and the effect of the high-tech boom in employment and wealth that radiates out from San Francisco and Silicon Valley.

In terms of neighborhood, we’re seeing Russian Hill leading the pack when it comes to dollar median price appreciation, while Yerba Buena topped the list when it came to percentage price increase since the bottom of the market in 2011. (Doesn’t that feel like a long time ago?) High appreciation rates are also a major factor in areas with critically low supply such as Pacific Heights and the Mission. In comparison, the Sunset and Bernal Heights have (relatively) more homes for sale. Relatively, of course, being the operative word!

Over the past four years, we’ve seen more appreciation in houses than condos – on a percentage rate, that’s 81 percent to 73 percent. We attribute that to the fact that houses are a bit of a scarcer commodity these days, while thousands of new condos are now being built each year. For prevailing SF median house and condo prices, our interactive map of neighborhood values can be found here.

Meanwhile, higher-end house and condo sales are spiking, hitting their highest number ever in the second quarter. This has definitely lifted the rising tide of the overall median sales price.