Part One: Factors that underpin the San Francisco market

What are the main factors at play in determining the San Francisco real estate market? That’s what the folks at Paragon wanted to know, hence this report titled 10 Factors Behind San Francisco’s Real Estate Market. (Original name, don’t you think?)

Specifically, as the report notes, some of these “reflect general macro-economic trends and some … are specific to the city itself.” It goes on to state that in 1989, 2001 and 2008, many of those factors stalled or even went into reverse rapidly due to a large, negative, economic, political or even ecological event such as the Loma Prieta earthquake. The most current version was updated at year-end 2015.

So with no further ado, let’s start to look at these factors:

We’ll continue this discussion next time, when we’ll pinpoint more factors behind the market. 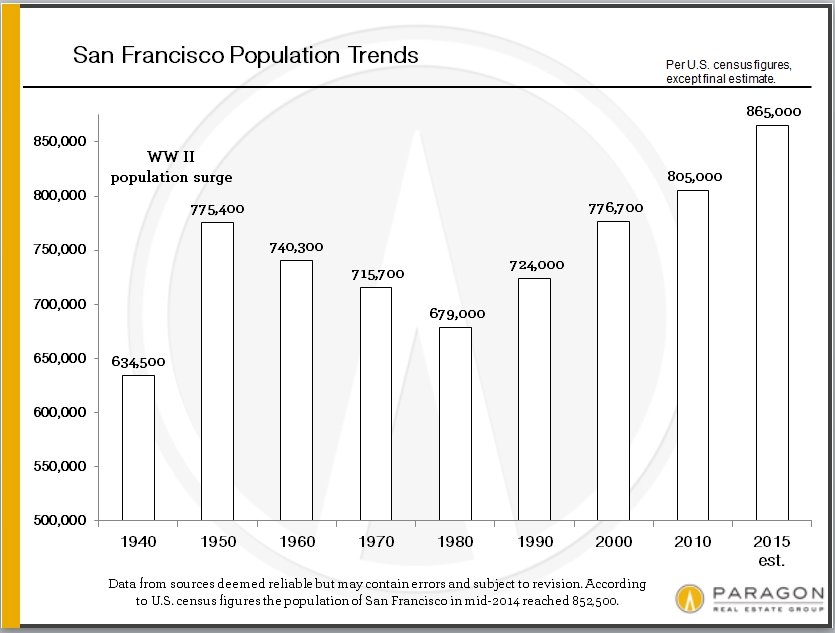