In our last installment, we began looking at Paragon’s current San Francisco Bay Area Apartment Market Report, which was released last month. Today let’s continue that investigation by moving on to look at some of the factors behind the conditions we saw in the sector at year-end 2015.

The report notes that low – sometimes historically so – interest rates plus rapidly increasing rents have turned many San Francisco apartment buildings into “cash-generating machines”, with prospective sellers at a loss to find comparable returns in other investments.

“This,” the report notes, “reduces the motivation to sell and cash out.”

In addition, the owners who might otherwise put their properties on the market in order to buy larger buildings for better economies of scale via a 1031 Exchange found themselves stymied by the challenge of finding suitable properties given tax-law restraints.

A boutique market for apartment buildings, San Francisco sees most sales in the smaller properties and relatively rare sales of larger properties, classified as those exceeding 12 or 15 units. In addition, the market is concentrated in a few of the city’s districts, many built out over the first few decades of the 20th century. The chart that accompanies this post depicts year-over-year decline in new listings, total listing inventory and closed sales in the 5+ unit building market.

The past six years have seen an amazing jump in market-rate rents, making San Francisco the nation’s most expensive rental market. Some sources, however, seem to suggest that rents in the city have either leveled off or even ticked down, as compared to Oakland across the bay, which continues to see rising rents though it is still a comparable bargain.

“It is too early to come to any conclusions as to whether a supply-and-demand, affordability, or high-tech hiring inflection point has been reached in San Francisco,” the report asserts, “as market lulls and fluctuations are not uncommon.”

We’ll conclude our look at this report tomorrow. 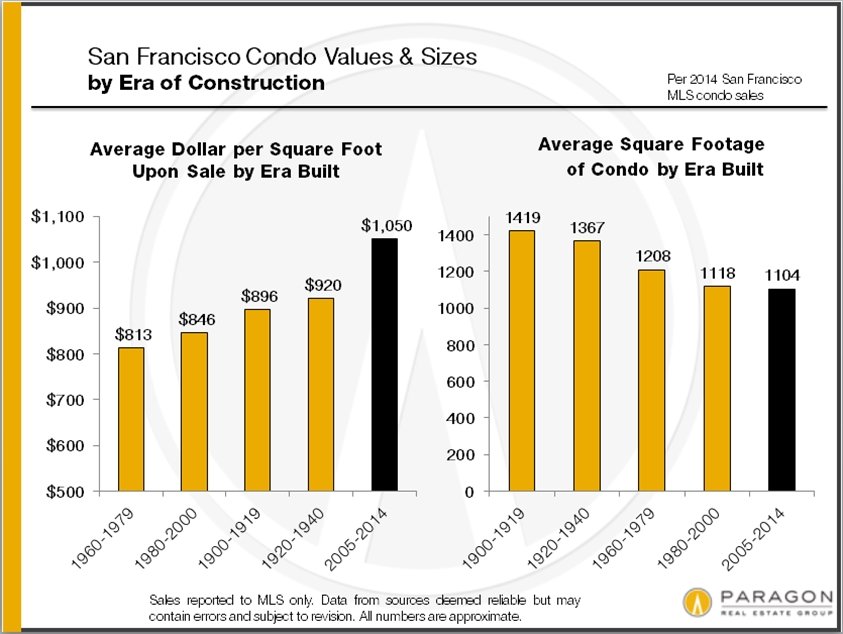 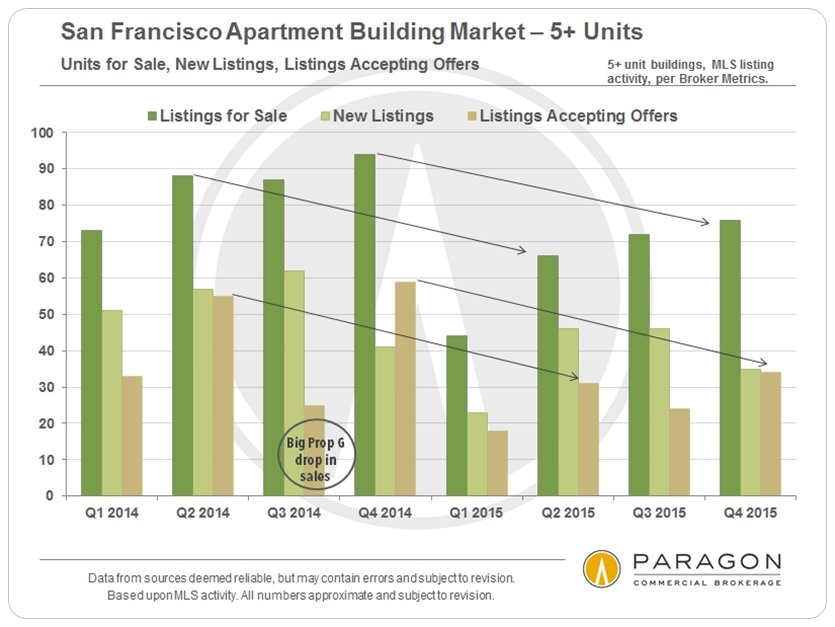