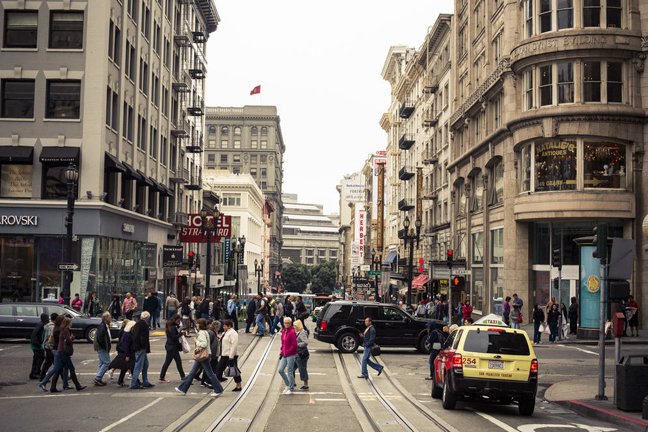 Paying To Get Into Congestion Areas in SF Could Be Coming

The day could be coming where you have to pay a kind of toll to get into downtown San Francisco. That’s right. Pay to play, or drive as it were. California state representatives are looking at Bill 3059 that would permit cities to tack on congestion tolls in traffic clogged areas. The bill creates four “Go Zones,” two in northern CA and two in southern CA. One of the two in northern Cal would be downtown San Francisco.

Though it’s not clear how it would work, drivers coming into the Go Zone—including all the Uber and Lyft drivers—would have to pay a fee, that fee going into a fund to pay for local mass transit carriers BART or Muni.

How do San Franciscans feel about such a toll? Not too enthusiastic, at least as of two years ago. In a poll on the subject, 72% of SF citizens thought tolls were a bad idea. But that was two years ago, and in the current talk around town on traffic congestion (which has woefully increased) tolls could be looked on more favorably now.