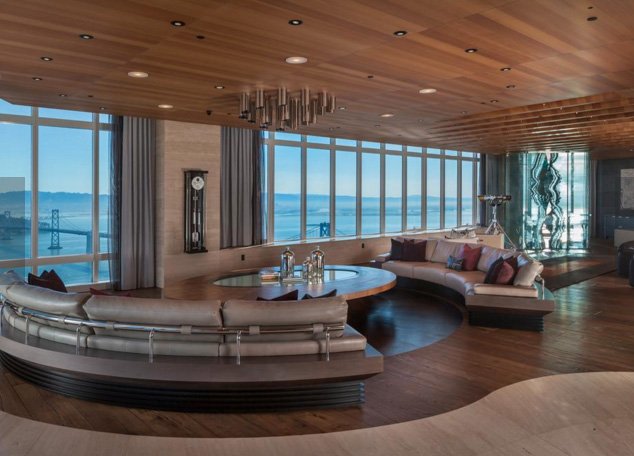 Penthouse At Top of Sinking Millennium Tower Sells For $13M

San Francisco has its own sinking ship right on Fremont Street in the form of the Millennium Tower that has sunk 16 inches and tilts over nearly half a foot. Law suits are flying and fingers are pointing as the luxury condo tower continues to sink much faster and further than expected, and the condo owners who want to sell are in a trap of falling prices and demand in a perfect storm with the legal troubles of the building owners and other agencies involved.

However, the penthouse at the top of the tower just sold for a whopping $13 million, the most expensive condo sale in five years. The penthouse formerly belonged to the late Thomas Perkins, well known venture capitalist, and is now owned by Craig Ramsey, successful tech executive. The condo is 5,000 square feet, perched at the top of the tower with astounding views and an outdoor terrace. Ramsey is not worried about the sinking and tilting and feels the building will be repaired and be a very comfortable, high profile luxury residence for its many occupants. He also owns a $4.3 million condo down lower.

Perkins had bought the Millennium penthouse in 2011 for $9.4 million. However, sales over at the Pacific and Four Seasons luxury condo buildings are pretty brisk.