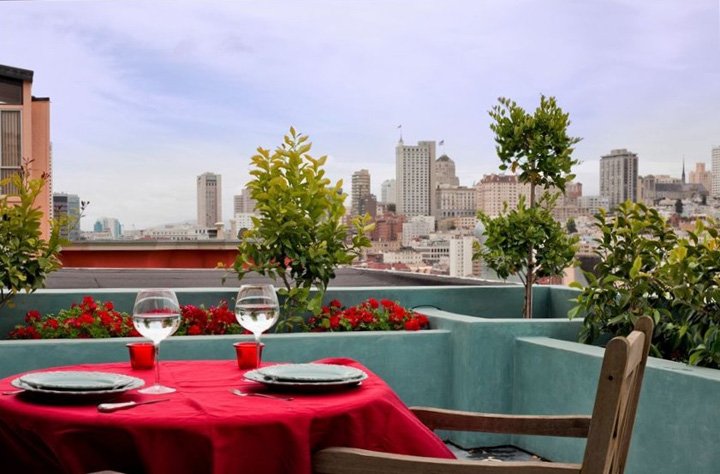 That’s right. Having a second small home in a city near your primary country residence (meaning of pied-à-terre) is part of the reason half of newer built condos in San Francisco are sold. How French. Or nouveau riche American. Thirty nine percent of older condos and fifty percent of newer condos sold are to absentee owners which could mean they’re renting them out, yet quite a few are serving as pied-à-terres and stay empty when the owners aren’t there.

Manhattan has long been known as the pied-à-terre capital for condo ownership, but SF is now taking its place for second small condo homes in the city. Absentee ownership (as its known) from owners living abroad or near to SF was 39% for condos built in 2000 and beyond. But according to a report by 48Hills now for newer condos that figure of absentee ownership has jumped to 50%. The more luxurious condo rises like 765 Market or the St. Regis have 60% pied-à-terre occupancy—a purposeful build and market plan to seduce out-of-towners with concierge-service penthouse condos on top of luxury hotels.

The Millennium Tower (the one that is sinking into the ground and tilting at an alarming rate) has 426 units with 213 pied-à-terre absentee owners. Some of these units that have spectacular city and bay views are renting on Airbnb for a very affordable (kidding) $6,905 a night.

Besides owners abroad or living elsewhere in the US many of these condos are bought as second city homes by residents of the Peninsula, North and South Bay areas.

There is a controversy over this reality as the condo home market is warped by these absentee owners, making less inventory available for middle class residents of San Francisco, and at steep prices.