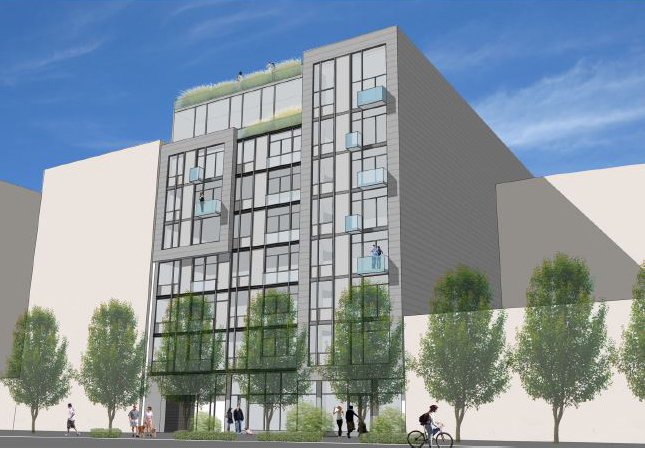 Robert Huggins of the Encore Fund says the midrise is the first condo project in this section of Market, which is rapidly turning into a desirable street-scene area to call home. “Job creation in the neighborhood is being enhanced by the day and the week and the month. These are millennials who want to live where they work and eat where they work,” said Huggins. Most of the housing in the area is now rentals. Prices for the condos will start at $529,000 for a studio up to $1.17 m for a 2-bedroom unit.

Companies such as Uber, Square, Dolby and Twitter have moved into the Mid-Market area resulting in a large increase in the number of new jobs available. And a large retail complex is scheduled to open Mid-Market in November.