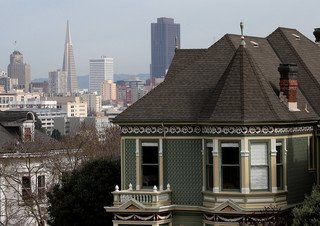 The San Francisco Business Times reported this week that there has been a jump in eviction notices filed against tenants of rent-controlled apartments in the city – with some experts claiming that the fire is being fueled by a new pro-tenant buyout ordinance.

According to the Business Times, the number of monthly notices filed with the San Francisco Rent Board has gone up by nearly a third since March as compared to the average seen over the past three years. At the same time, there has been a striking 131 percent increase in owner move-in evictions. The average number of evictions has gone up from a monthly total 151 to more than 200, with owner move-ins rising from 23.7 per month to 54.7 monthly.

Tenant and landlord attorneys alike told the San Francisco Chronicle, as reported by the Business Times, that that increase may be pinned on San Francisco’s buyout law, which took effect in early March. The law requires that owners must disclose all cash settlements with tenants in addition to registering with the San Francisco Rent Board when buyout talks commence.

“There is (now) no incentive to buy someone out versus filing an eviction notice,” tenant attorney Joe Tobener told the Chronicle.

Landlord attorney Andrew Zacks added: “Before, when a landlord bought a tenant out, one of the things they were willing to pay for was confidentiality and privacy. A lot of my clients would prefer to negotiate, to sit down and work something out. But because of the legislation, they just go ahead and file for eviction.”

The ordinance is the subject of a lawsuit filed by a group of property-owner organizations in Superior Court. The suit seeks an overturn of the buyout rules on the basis of free-speech and privacy violations.