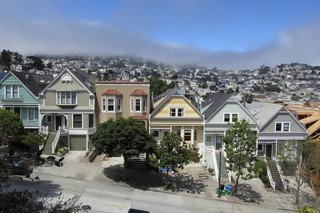 A five-story residential development that’s been in the works for three years is now gaining a bit more traction as it moves forward. Builder JS Sullivan Development has filed a permit request to remove the final remnants of the now-closed Chevron gas station that sits at 1198 Valencia (cross-street 23rd).

The project would entail a blend of 31 one-bedroom and 21 two-bedroom units as well as 39 parking spots for cars and 52 spots for bikes, according to Socketsite. Once the thumbs-up is given, it will take an estimated year and a half for it to be completed and to hit the market.

A Preliminary Project Assessment was filed with the San Francisco Planning Department on Sept. 5, 2012. At that time, the proposed building was expected to comprise nearly 42,000 square feet of residential space, 5,850 square feet of retail, 4,800 square feet of garage parking and 4,250 square feet of onsite open space. At the time it was anticipated to include only up to 42 units, with no specified mix of types. A “mechanical stacking system” was planned for vehicular garage storage.

At the time that the document was filed, SocketSite reported that JS Sullivan, which also developed 299 Valencia Street, was “quietly testing the waters” in floating the proposed project. The lot is zoned for 55 feet and the building itself would rise to about 52 feet. SocketSite noted that it is considered a “large lot development” exceeding 9,999 square feet. Additionally, the original application sought a proposed parking rate of 0.74 spaces per dwelling in a neighborhood where only 0.5 spaces are permitted. This requires a Conditional Use Authorization from the Planning Department.

For more information, check out BuzzBuzzHome and the San Francisco Housing Action Coalition’s data on the project.