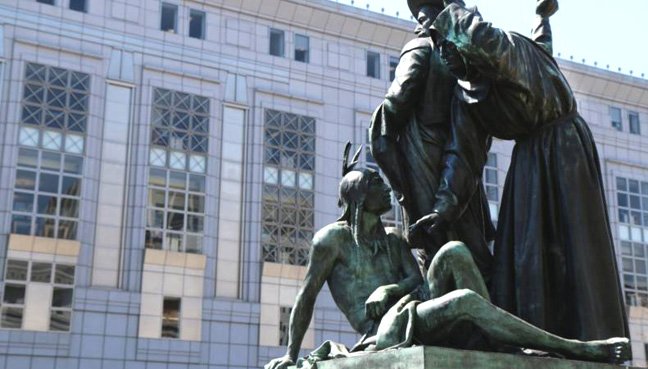 The Pioneer Monument at the Civic Center is an 1894 sculpture ensemble that features as one of its multiple scenes a down-on-the-ground Native American Indian (dressed in plains tribes’ attire, not California native attire) cowering before a conquering Spaniard and a self-righteous missionary. Native American groups have been lobbying for decades to have the offensive scene (called Early Days) removed.

The next step for the official removal is the sign off from the San Francisco Art Commission. It is expected that they will agree that the Early Days statue on the eastern part of the ensemble needs to be removed. Many San Franciscans over the past decades have labeled the statue racist, stating it whitewashes the conquering of California tribes by depicting the conquest as their salvation.