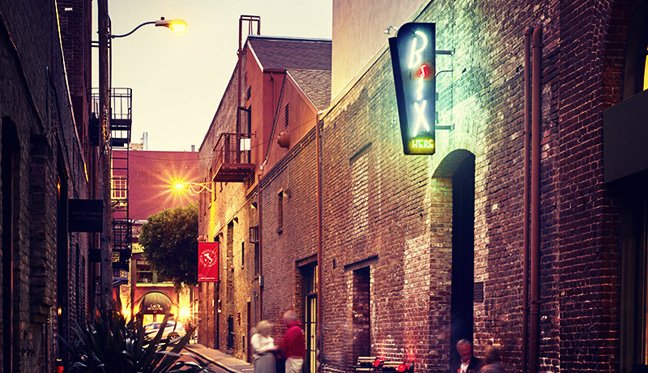 A story out of sfweekly.com took on the cultural, cartographical importance of alleys in San Francisco, which is a city chock full of such, as it turns out. Anybody who regularly drives around and through SF has close encounters with alleys. And the logic of them is often sort of a crazy quilt approach. SFweekly first determined what an alley actually is in our city (with a defining that includes quirkiness), as opposed to a multitude of Terraces and Places which are actual dead-ends—then went out and did a kind of explorers survey of the SF alleys.

Among the interesting things they discovered is that the majority of alleys in SF are in the vintage neighborhoods of Chinatown, Russian Hill and South of Market, with such gems as Back Alley Way—conjuring up all sorts of gothic images. They also discovered there is “a semi-secret grid of streets named for counties of California that runs perpendicular to the “state streets” of Potrero Hill and partially overlays the numbered grid.”

Check out the full article here.