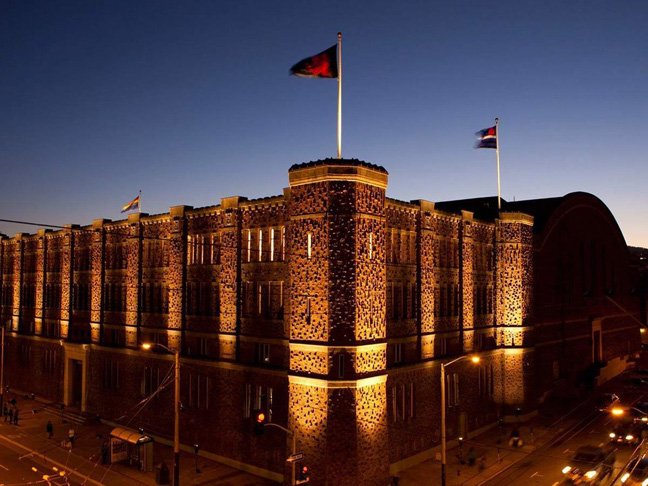 $65 million is all you need to buy a richly historic, castle-like building in historic San Francisco. That’s what Soho House, an upscale club and hotel company, and its developer paid for the National Guard Armory, an appropriately massive brick building in The Mission that was built in the Moorish Revival style—like a somewhat subdued castle, with towers and crenulated walls. The building with its 200,000 square feet was built from 1912 to 1914 as an armory and arsenal, replacing the San Francisco Armory destroyed in the 1906 earthquake. In the 1920’s it was a sporting events venue, including popular prizefights. The building has been most recently used as an S&M porn studio.

The 1800 Mission Street building was purchased by SF Armory LLC, associated with Chicago developer Benjamin Weprin, who worked with Soho House to develop its Chicago property.

Up to November and December 2017, Soho House was denying that it was trying to buy property in SF. But on January 26, 2018, the deed was filed, with transfer taxes totaling some $2 million. Nothing is announced on plans for the building.