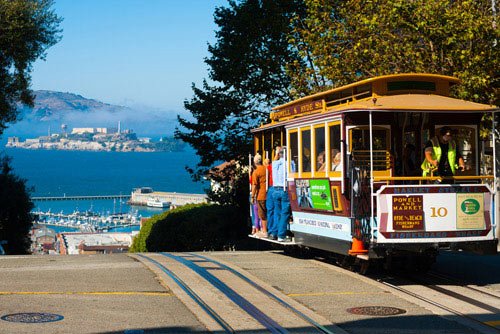 Our cable cars are certainly a significant expression of San Francisco’s charm and magic. Historical, fun, cool views, great mechanical feel on those tracks, the bell dinging in toe-tapping rhythms. SF visitors or residents could jump on and pay cash for a nostalgic ride. Seven bucks now for one way.

However, with the April 2017 arrest of two cable car operators over pocketing fare money from riders (officially, embezzlement) the SFMTA is seriously considering going totally to cashless fares on cable cars. Which means more hours at booths for prepaid fares, fare machines along the lines, and vendors to sell tickets are certain locations. Not as easy as paying cash.

The challenge with cashless is still providing an easy experience for SF visitors where now you can just jump on and pay the fare. Muni’s director of transit John Haley told the SF Chronicle that they’re doing the analysis not to find a balance between ease and protecting the cars from embezzlement. The SFMTA makes about $30 million a year from the cable cars.