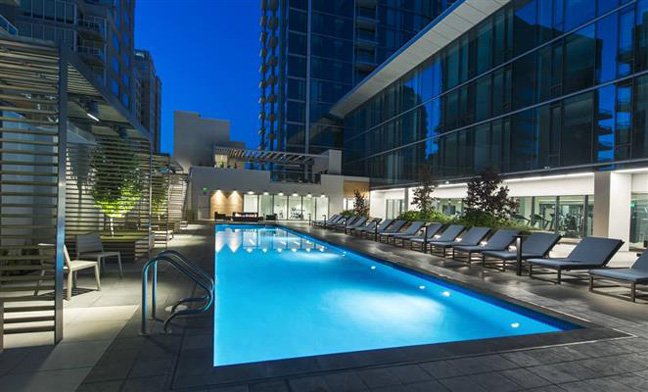 Paragon real estate rental agent Laura Gray in an August 11, 2016 CBS local TV news report stated, “I wouldn’t call it a crash. I would call it a significant softening.” She was referring to the phenomenon of rents going down in SF—particularly in the high priced rentals—as incentives are rolled out to get people to buy into uber expensive apartments.

Real estate agents have been noticing the prices going down, with a citywide cognition that the rental market was shifting. One agent said he’s seen it softening over the past 3-4 months. “Certainly in the higher rentals the rents are coming down.”

The big towers in the 390 Fremont Street area are offering big incentives to entice renters.

Gray observed, “The higher end of the market has definitely suffered the most just like it did in the 2008, 2009 and 2010 economic crash. There are less people looking to throw $10,000 a month at a 2 bedroom apartment.”

Some experts are prognosticating the rents may come down across the board over the coming year. But for now average earners looking for apartments are going to have some options, but nothing that will benefit their pocket book. Lower rentals are still pretty steep in the city.