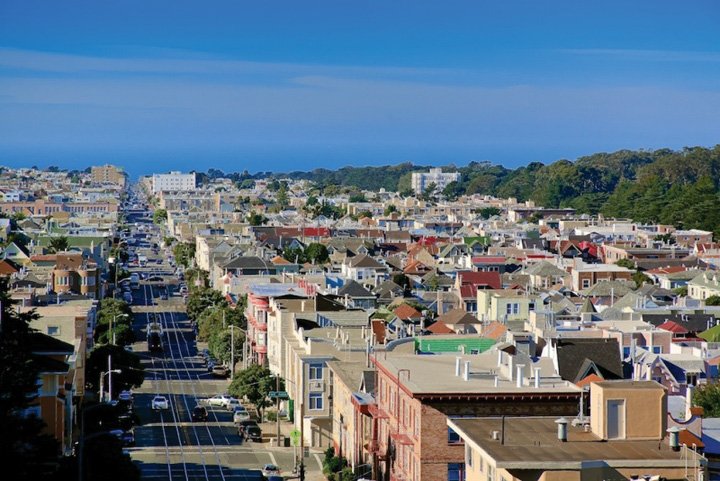 Where are the most homes selling in San Francisco? And with prices coming over the asking amount? Probably not where you think. It’s the Sunset District, often befogged and not held high in current literary or journalistic regard like other parts of the city. A report put out by Paragon Real Estate Group in the first week of October cites the Sunset-Parkside neighborhood as the king of the hill in SF home sales. Home appreciation rose 8 percent there compared to the first eight months of 2015, and that 270 homes were sold through September this year—and those homes jumped over asking prices by 20%—an indication of the tough price swordsmanship going on to get a house these days in the city. The median price for the homes is running at $1,239,000.

According to Patrick Carlisle, chief market analyst for Paragon, the Sunset as top selling district is rather unusual: “I’ve never [before] been able to say that the Sunset is the hottest market in The City.”

The Sunset is not associated with trends or chic or cool urban environments and sizzling cultural epicenters. It’s staid and family centric, and smallish grocery stores or hardware stores dot the landscape as retail outposts akin to a small town. The great fog belt that inundates SF with watch-setting regularity loves the Sunset area. But, a single family home with an actual yard is seducing buyers despite the fog blues. Carlisle points out, “Nobody is building [single-family] homes in the city. Houses are becoming a rare commodity. The Sunset offers the greatest section of homes.” Only ten new single family homes were built in SF last year. Buyers also enjoy the fast journey to Ocean Beach and Golden Gate Park