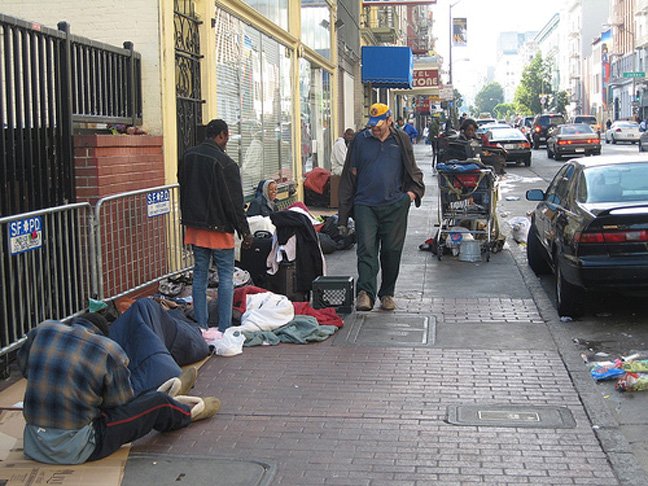 Some SF Streets As Bad As Kenya or Indian Slum Streets

San Francisco—the pristine, admired, storied City by the Bay—it turns out is not that pristine in certain areas. According to a study by NBC Bay Area there are 153 blocks in our fair city that are on a par with slums in Brazil, Kenya or India as far as basic sanitary conditions go. This includes downtown San Francisco encompassing Union Square, a few very large hotels, and the areas between Market and Grand Avenue, and between Post Street and Van Ness. The areas researched ranged from Downtown to the Civic Center to the Tenderloin.

NBC’s reconnoitering found discarded needles on 41 blocks and human feces on 96 blocks. Surprising, yes. As we don’t normally come into contact with this world. But the unsanitary situation is more prevalent than expected, in that 38 percent of residential streets and 35 percent of commercial blocks had complaints registered with the city controller in 2016 about feces, needles and condoms.