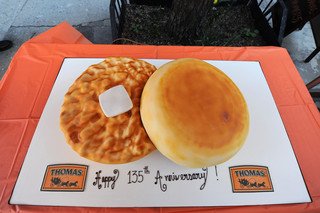 In a hot market, the best deals are often properties that have been sitting around instead of selling. I know one particular agent who calls a search for such listings “lockbox hunting” due to the fact that these homes are often marketed by out-of-area agents who use lockboxes rather than holding the homes open or doing showings by appointment.

Paragon research finds that there are indeed homes that sit … and, as a result, sell for prices that are below asking rather than above the original cost. Granted, in the hot San Francisco market there aren’t many of them; we’ve found that only 7 percent sold for below asking rate in March of this year. That said, when you do find one that you like, they can wind up being a great value … and in this market, that’s really saying something.

So how do you get started with researching these types of properties? One way is through my website, “The Goods”, which offers what I call a 30-plus club that lists everything that’s been on the market for a month or more. (And that’s a lot of time when it comes to San Francisco!) In addition, The Goods also offers some other sweet ways to get a current market snapshot, including the homes that have gone for the highest price over asking as well as the lowest below asking. This will give you a better perspective on the market as it has been, as it is and how it likely will be in the future.

Should you lose the link to The Goods, don’t be shy – email me or simply check the last email I sent you, since I will shortly start to include that link at the bottom of all my electronic missives. It will also soon be accessible at my website.