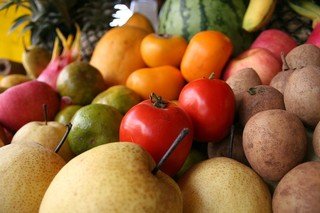 Golden Gate Wholesale Produce Market has released an exciting renovation plan to improve their facility. The renovation plan was developed through extensive research and collecting feedback from customers and businesses. The Golden Gate Wholesale Produce Market is just a short drive from any location in the San Francisco Bay area and offers the widest selection of fresh fruits, vegetables and organics in Northern California.

The renovation will benefit San Francisco residents by offering new jobs, green utility improvements, and enhance the customer’s shopping experience. The market plays an important role in San Francisco’s economy and the $8 million dollar proposal is exciting for all parties involved.

“The state-of-the-art enhancements to be made over the next year include new solar/energy efficiency upgrades, cold chain food storage management and worker safety systems, as well as smoother traffic flow within the facility, which is a mile from San Francisco International Airport on Highway 101,” said Peter Carcione, President of the Golden Gate Produce Market.

The market serves approximately 15 million residents. To best serve their growing community of diverse customers, they have an array of ethnic and specialty produce. The Market itself strives to promote healthy lifestyles and habits through their consistent commitment to food safety and fresh produce consumption.

In the Market’s 53 years of operation, this is the largest renovation they have planned. This will be influential to the economy of Northern California, as it is currently the largest produce terminal within that area. The Golden Gate Produce Market employs 475 people and has twenty-three independent and family-owned businesses that also operate within the market. In order to create a better working environment for the employees, the renovation plan has multiple upgrades that will increase the workers safety with additions such as adding better lighting and developing loading dock safeguards.

Decreasing the Market’s carbon footprint is also a large part of the renovation plan by implementing new systems to help with decreasing energy consumption and waste. The Market is already “green” as they use recyclable materials and encourage others to recycle outside of the Market. The Market is now partnering with South San Francisco Scavenger to increase the efficiency and ease of recycling and composting. To make the Market even more “green” the main goal of these energy renovations is to drastically reduce the Market’s energy intake from the power grid by the end of 2016. This will be accomplished partly through the planned solar panel additions that are expected to generate more than 2,015,648 kilowatt-hours of electricity every year according to the U.S. Environmental Protection Agency.

For more information about the renovation visit their site Golden Gate Produce Terminal and stay tuned for these exciting changes!