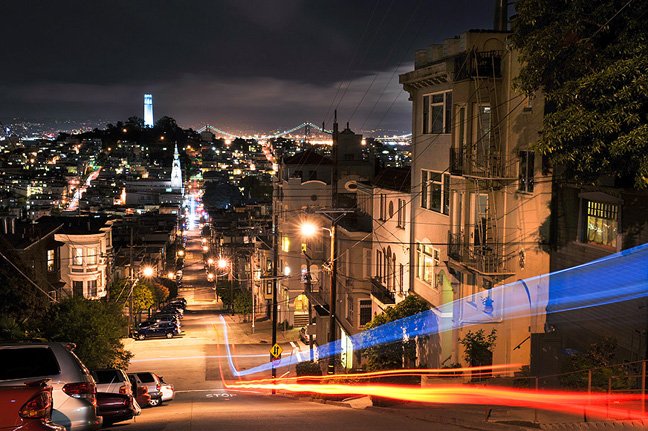 San Francisco is the city of colorful, charming neighborhood names, the more edgy colorful the better it seems. As in Dogpatch, which origins is not exactly known but it’s speculated that it was a neighborhood where dogs loved to hang out for some reason. Or another theory is that it was where bar frequenters used to congregate at favored bars. Or take Nob Hill, which is not named after a person, as many areas are in SF. Who would name a pretty steep hill “nob?” Well, etymological deep thinkers, and there is a lot of debate on this one, conclude that the name is a snarky version of “nabob,” referring to the very rich people (nabobs) building mansions on the hill.

SF names are the subject of an entertaining piece in sf.curbed.com where the origins of place names are given a pretty good historical buffing, keeping in mind that in some cases nobody can say with certitude where the name came from. A lot of them are names of politicians and soldiers (Noe Valley, Mount Davidson, Polk Gulch, Portola, etc., etc.).

If you want to know all the etymological facts and debates concerning San Francisco’s place names, check out that article here.