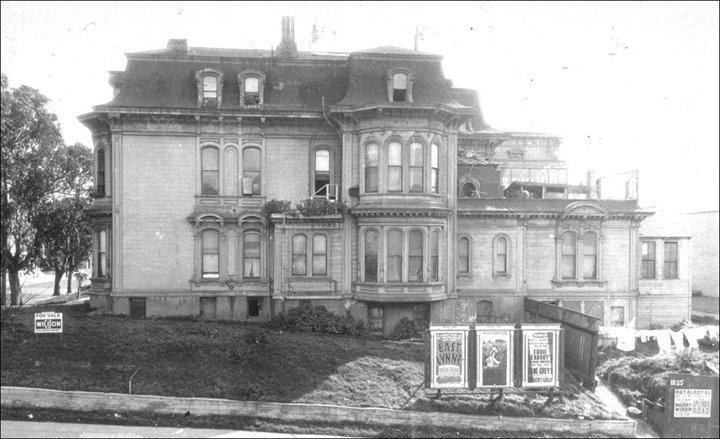 The Ghosts of Pacific Heights Past Available on a Walking Tour

Charles Dickens should have used some very lugubrious ghosts from the Pacific Heights neighborhood in his books. Who knew? Pacific Heights, the uber exclusive, mansion-rich district has a past filled with ghosts—and there’s a walking tour to peek in on these ethereal shades. So goes a story from sfcurbed.com.

Local and professional magician Christian Cagigal is the in-the-know tour guide for his walking tours he’s been doing among Pac Heights (alleged) haunted houses since 1997. From Halloween onto Christmas is his most human-filled season—people wanting to hear all the fascinating ghost lore of the Height’s rich and not-so-famous.

What possibly could happen in Pac Heights that’s ghost worthy? About everything you can think of: murder, blackmail, voodoo, séances, blood feuds, hidden treasure, and wealthy heir’s bodies pickled in rum barrels.

The result is there’s quite a few hauntings in the Heights, and the residences themselves have been well preserved, and were not razed to the ground by the 1906 earthquake and fires. Plus the ghost adventures carry much of the city’s history.

One telling example of a historical ghost is Mary Ellen Pleasant, a 19th century entrepreneur and abolitionist whom Cagigal says, “She’s been called the mother of civil rights in California.” And he says she’s also been called the voodoo queen of San Francisco. She is purported to have blackmailed some of SF’s wealthy patrons. Her spirit has been seen since her death in 1904 in the 30-room Italianate mansion on Octavia Street.